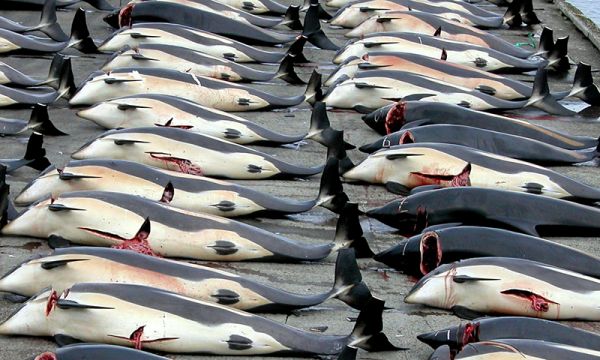 According to the latest data released by Norway’s Fishermen’s Sales Organization (Råfisklaget), 481 minke whales have been killed so far this year. Not only is the number 52 more than last year and 76 more than the year before that, the Norwegian whaling season isn’t over yet. The Animal Welfare Institute (AWI) has labeled the catch “the deadliest in years.”

Male and female minkes are known to segregate during their migration in the North Atlantic Ocean, and females tend to travel further north along the Norwegian coast, meaning females—many of them pregnant—constitute around 70% of the whales killed. “Pregnant females are slower and accordingly also easier to kill,” says Fabienne McLellan, co-director of international relations at Swiss NGO OceanCare. “Also, it is to be assumed that the females swim closer to the coast for energy and security reasons and are therefore caught more easily.”

Whaling industry representatives say sales are higher this year, which may be because the global pandemic is encouraging Norwegians to buy more local foods as well as travel locally. The country also exports whale products to Japan, Iceland, and Denmark’s Faroe Islands. Since 1993, Norway has hunted more than 14,000 minke whales.