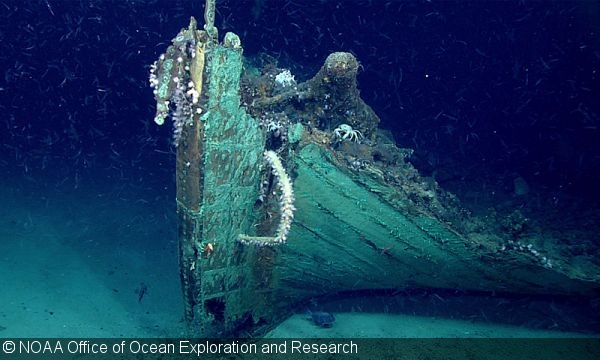 According to a report posted this week, NOAA sea-floor explorers working in the Gulf of Mexico were testing equipment when they stumbled upon a previously unknown shipwreck from the mid-1800s. The exciting discovery was initially picked up on sonar and then a remotely operated vehicle was sent to the sea floor to investigate. Located around 160 miles offshore, the wreck is at a depth of 1,460 feet.

The NOAA explorers believe the 124-foot ship is a schooner or brig from the mid-19th century. Its hull is sheathed in copper and the numbers “2109” are clearly visible along the edge of the rudder. However, according to the explorers, the wreck is otherwise a mystery because nothing was found at the wreck site “reflecting the vessel’s rig, trade, nationality, or crew.”

The NOAA Office of Ocean Exploration report said that while the hull is largely intact up to the water line, “all structure above the waterline is missing, and during the initial observations of the dive, there did not appear to be many traces of the standing rigging.” The report goes on to suggest that it’s possible the vessel caught fire and was almost consumed before sinking: “This may explain the lack of artifacts from the rigging, decks, and upper works, as well as the lack of personal possessions.”

Check out the fascinating discovery captured on video below. 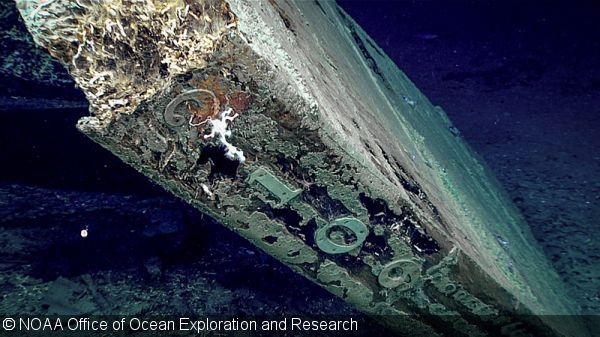 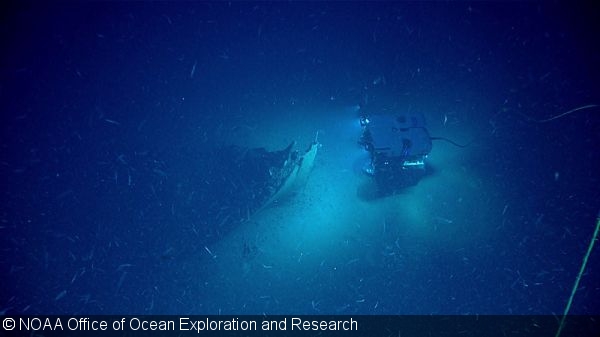