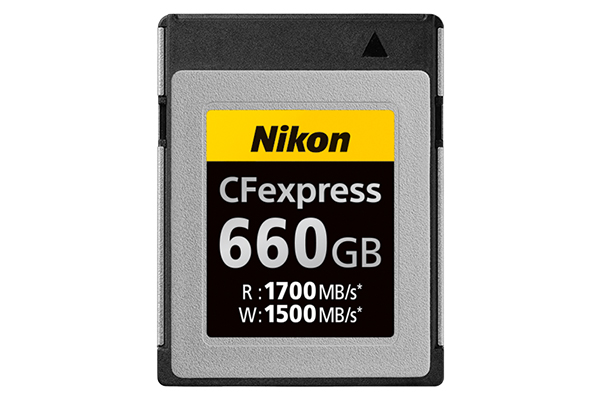 With all the buzz around the new firmware 2.0 for the Nikon Z9, you may have missed the Japanese company sneaking into their press release a couple of lines about their new CFexpress memory card, which is “particularly suited for video/still shooting with the Nikon Z9 full-frame/FX-format mirrorless camera.”

That’s because the CFexpress Type B card offers maximum read speeds of around 1700MB/s and maximum write speeds of approximately 1500MB/s. (Sustained read/write speeds are not given.) That means it should be more than capable of handling the 8K RAW video or ultra-fast burst sequences that Z9 users throw at it. It’s also 660GB, which will be a generous capacity for most.

Available starting in June, the Nikon MC-CF660G CFexpress card will have an MSRP of $730.