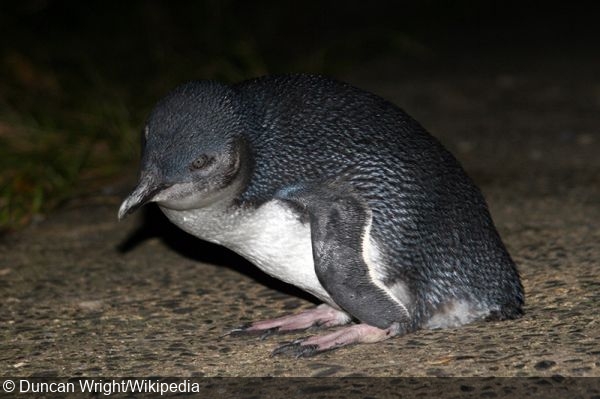 Since May 2022, more than 500 little penguins (Eudyptula minor), the smallest penguins in the world, have been washing up on northern New Zealand’s shores. Over 180 dead birds were found on Ninety Mile Beach near Kaitaia last week, the same week more than 100 were found dead at the nearby Cable Bay. While the cause of the die-off hasn’t been established, experts have noted that the majority of dead birds were severely underweight—some less than half the roughly two pounds they should weigh. Some scientists think climate change is playing a part.

“There was just no body fat on them; there was hardly any muscle to show,” New Zealand Department of Conservation seabird scientist Graeme Taylor told The Guardian. “When they get to that stage of emaciation, they can't dive.” The birds eventually die of starvation or hypothermia from the lack protective blubber.

While overfishing could explain the insufficient diet that is responsible for the penguins’ malnourishment, Taylor believes elevated sea surface temperatures, as a result of human-induced climate change, could be forcing the fish into deeper, cooler waters—too deep for the little penguins, which can dive down no more than about 100 feet. Taylor’s theory is supported by the relative good health of the little penguins of the country’s south, whose surface waters have remained considerably cooler than further north.

While die-offs of this species are observed to occur, it typically happens once in 10 years, and there have been three occasions in the last decade when large numbers of little penguins have died. Known locally as kororā, little penguins are listed as “at-risk declining” by the Kiwi government. According to Bird Life International, no more than 500,000 breeding adults exist in the wild.