What a privilege it has been to work with so many accomplished underwater image makers, from distinguished scientists and seasoned professionals to talented amateurs. More than 30 divers have joined forces contributing some of their most inspiring footage and still photos of rare and exciting creatures. And best of all the proceeds go directly to marine environmental causes. Our entire production team so appreciates the generosity of the community of underwater filmmakers, musicians, graphic designers, writers and programmers, without whom this DVD could not be produced. Their collected work is a grand way to show the uninitiated just why we love to dive. ~ Anna DeLoach

“Sensational Seas Two is a grand tour of watery realms as far-flung as Antarctica, Australia, the Andaman Sea and Georgia Aquarium. Expect the unexpected, come face-to-face with the gentlest of giants, rolling octopus, spawning frogfish, a snorkeling elephant, and tiny plankton that epitomize the grandeur of nature’s artistic flair. …Makes you want to go diving!” exclaims Ned DeLoach, contributor and editor. 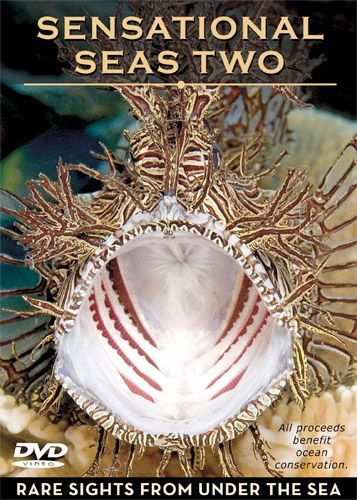 l Seas Two will premiere highlights at Beneath the Sea International Film Festival on Saturday night March 27th. A seminar on Sunday March 28th will feature additional clips from the production.  The DVD will be available for purchase on April 1, 2010 in eco-friendly packaging, recycled paper stock and soy-ink printing.

About New World Publications:  First published in 1989 the Caribbean Reef ID books set a new standard in marine life recognition, and firmly established co-authors Paul Humann and Ned DeLoach as quality photographers and keen behaviorists.  New World Publications has since grown to be a premiere source of educational materials about the ocean realm.  For further information visit www.FishID.com.