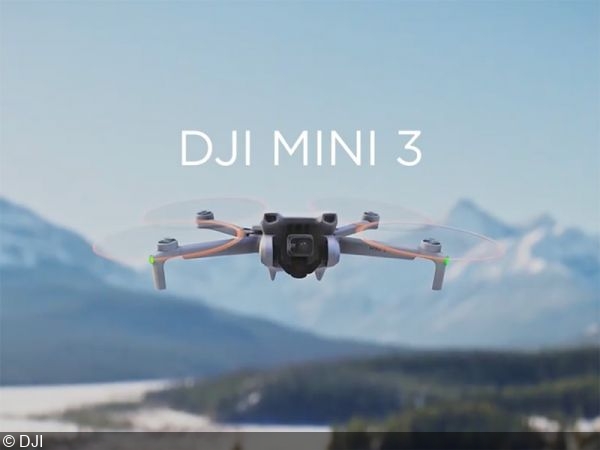 DJI has announced details of their new, entry-level Mini 3 camera drone. The highlight figure is not a camera or design spec, but the price tag: $409 (drone only, January delivery).

This cost is significantly less than the Mini 3 Pro announced earlier this year. That price difference does come with some sacrifices. The most notable—especially for newbies—is the lack of comprehensive obstacle avoidance. So, you know, fly at your own risk.

The Mini 3 is fitted with a 1/1.3-inch CMOS 12 MP sensor compared to the Pro’s 48 MP sensor. As well, video specs are slightly lesser with “only” 4K/30fps. That said, the price point is hard-if-not-impossible to beat and increases fly time and adds “True Vertical Shooting” over the existing DJI Mini 2.

Of note, new DJI Mini 3 camera drone weighs in at “under 249 grams.” Why such a specific number without further clarification on size? DJI is going after the mass market of drone enthusiasts who don’t want the hassle of registering 250 gram-plus devices with federal authorities—such as the FAA in the United States.

Just in time for the holidays, the Mini 3 could be a fun stocking (or pocket) stuffer.