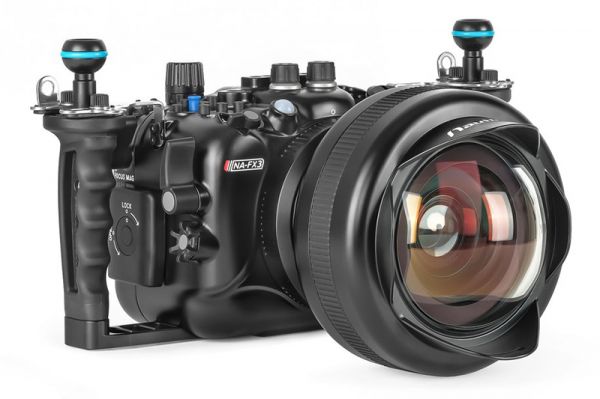 Nauticam is now shipping its housing for the Sony FX3. The Cinema Camera is built around the same 12-megapixel full-frame BSI-CMOS sensor found in the a7S III and offers 4K/60p 10-bit 4:2:2 recording from the full width of the sensor plus 4K/120p with only a slight crop.

Built around the N100 port system (like Nauticam’s housings for the other full-frame Sony mirrorless cameras), the NA-FX3 housing follows the company’s Mission Control concept, with buttons, dials and levers intuitively arranged around the integrated handles. The housing also comes as standard with Nauticam’s vacuum check and leak detection system.

As with Nauticam’s other videocentric housings, the NA-FX3 features an M24 bulkhead, allowing the user to hook up an external recorder such as the Atomos Ninja V (which can capture 4K/60p 4:2:2 10-bit video) or a monitor like the Atomos Shinobi. You can also make use of Sony’s RM-VPR1 remote control via the M16 bulkhead (using the appropriate waterproof cable). Finally, as you’d expect, the housing works with the company’s water contact optics, such as the WACP-1/WACP-2 and SMC-1/SMC-2.

The NA-FX3 has an MSRP of $4,051 and is available now from retailers such as Backscatter.

Compact cinema cameras are increasingly a popular choice for underwater film making and Sony's FX3 brings the powerful capabilities of the A7S III full-frame mirrorless camera to the form factor. The FX3 is built around the same sensor as the A7S III that allows for capture of up to 4K 120p 10-bit 4:2:2 with full-pixel readout. The FX3 adds a cooling fan to reduce heat buildup during continuous filming and omits the electronic viewfinder of the A7S III. The controls of the FX3 are also clearly cinema-centric with direct access to iris, shutter angle, ISO and WB. There is also a zoom lever and tally light. 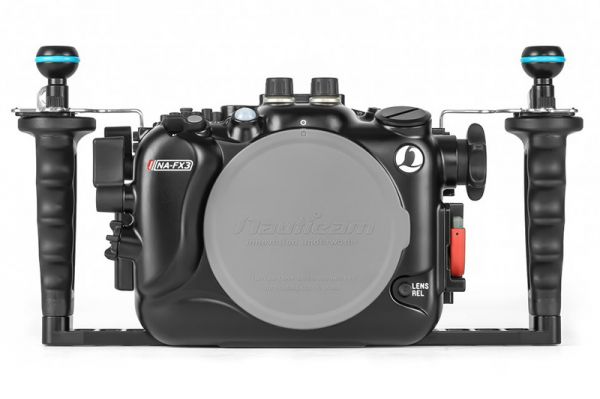 The incredible sensitivity of the A7S III is shared by the FX3 with a maximum ISO value of 409,600 and reduced noise at higher sensitivities. When shooting at higher frame rates, the ability to shoot at higher ISO values with little penalty to image quality is a game changer. Using color correction filters, which often result in a loss of light, while maintaining desired iris and shutter angle settings makes the FX3 ideal as an underwater filmmaking camera for even the most challenging lighting situations. A visible and IR light sensor improves white balance accuracy.

When working with external recorders, the FX3 can output a RAW 16-bit 4K60p signal via the HDMI type-A port. Internal recording is to dual CFexpress Type A or SDXC/SDHC card slots. 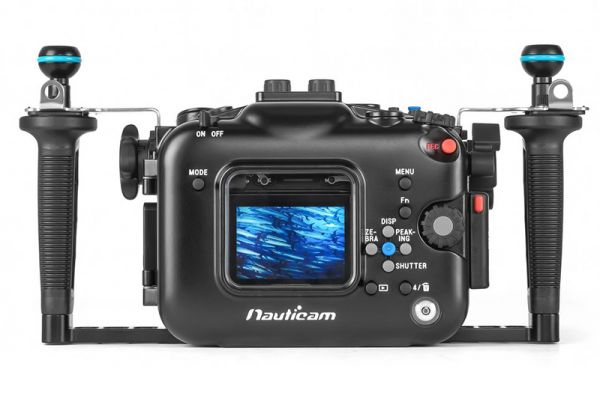 The Nauticam NA-FX3 is designed to deliver an intuitive user experience in a rugged and reliable platform that is supported by the extensive Nauticam lineup of accessories and premium optics. The NA-FX3 is built around the N100 port system that is shared by all full-frame Sony mirrorless systems in the Nauticam lineup, allowing seamless crossover for existing Sony shooters.

The NA-FX3 is designed with our Mission Control philosophy, placing controls where they can be easily accessed with minimal movement. Within easy reach of the right handle are control dials for Iris, ISO and Shutter Speed. There is also a dedicated REC button and FOCUS MAG lever. Stainless steel stabilizing brackets insure the handles remain steady even when using large video lights or other accessories.

The NA-FX3 features a an M24 bulkhead which supports the Nauticam HDMI 2.0/1.4 cable system which can be paired with supported external monitors/recorders. In addition there is an M16 bulkhead which is dedicated for remote control capability using the Sony RM-VPR1 controller (proprietary waterproof cable is required). On the rear cover there is also an M14 bulkhead which can be fitted with the optional M14 Vacuum Valve II (25624). The NA-FX3 comes with the Nauticam vacuum check and leak detection system as standard equipment. This monitoring system, when paired with the optional vacuum valve, provides constant updates on the water tight and safe-to-dive status of the housing. A simple color coded LED lighting system lets the user know that the vacuum is solid, or that the housing is losing vacuum. Leak detection is built into the same circuit, so if there is water intrusion, an audible and visual indication will occur. The Nauticam system is temperature compensated, eliminating false alarms caused by a change in outside temperature, or from a camera heating up on an action packed dive. 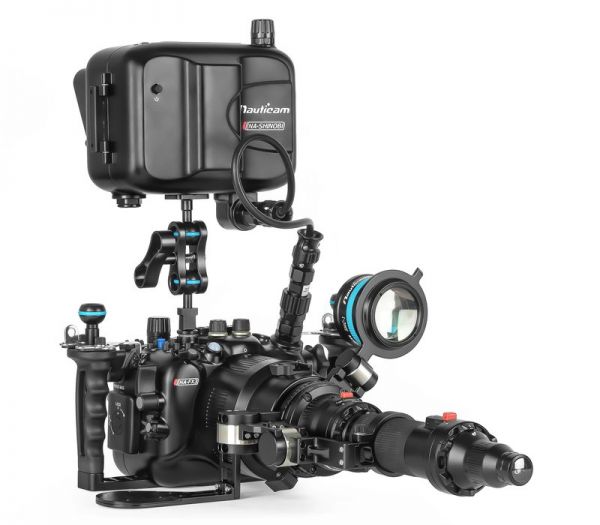 Optical performance is just as necessary as camera performance and this becomes even more critical given the challenges of filming underwater. The Nauticam NA-FX3 uses the same N100 Port System as other Sony full-frame mirrorless housings which makes for a seamless transition for those upgrading or looking to add an additional camera to their lineup. While this system provides exceptional optical-glass and flat port solutions for a wide variety lenses, the real power can be realized using Nauticam's Water Contact Optics. This lineup of dry and wet lenses are conceived using commercial lens-design software to achieve truly unparalleled underwater image quality both for stills and video in both macro and wide-angle situations. The WACP-1 and WACP-2 achieve ultra-wide 130º fields-of-view with reduced distortion over conventional optics while featuring ~0" minimum focus distances, zoom through capabilities and unbeatable corner sharpness at even wide-open apertures such as F5.6.

What's In The Box

*25033 and M16 Spacer are included in below monitor housings