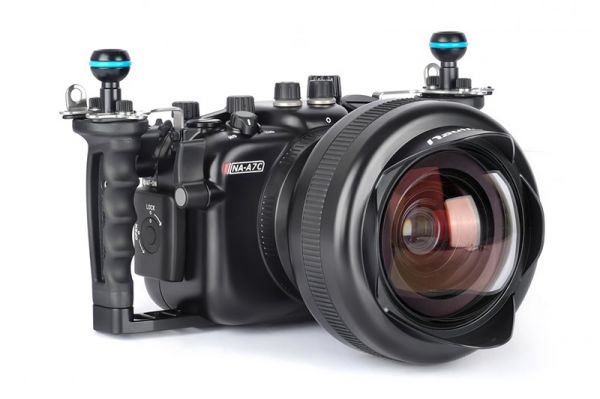 Alongside the announcement of its new housing for the Sony a7C, Nauticam has unveiled an updated version of its Wet Wide Lens: the WWL-1B. Optically, the new lens is the same as the WWL-1, but it includes an integrated aluminum buoyancy collar that makes it weigh almost nothing—120g—in water. (A similar effect was achieved with the old WWL-1 and a decidedly less awesome non-metal float collar.)

The WWL-1B is designed to be used with lenses that are 28mm at their widest, where it provides a field of view of around 130 degrees. It works through the entire zoom range of compact cameras; Micro Four Thirds systems with power zoom lenses (such as the Panasonic PZ 14–42mm f/3.5–5.6); and even full-frame lenses like the Sony FE 28–60mm f/4-5.6—hence the announcement alongside the a7C housing. It can also be used with prime lenses like the Sony 28mm f/2.

The next generation of WWL-1 is here!  The WWL-1B features the same stunningly sharp optics as the WWL-1, but it now includes an integrated aluminum buoyancy collar to make it nearly neutral in water.  The WWL-1 and now WWL-1B are still the highest quality wet-changeable underwater wide-angle conversion optics ever made, featuring unmatched contrast, overall sharpness, corner sharpness, and clarity. The design is truly full zoom through, allowing zoom to to be used as a tool for framing, and removable in water for close-up and macro shots. 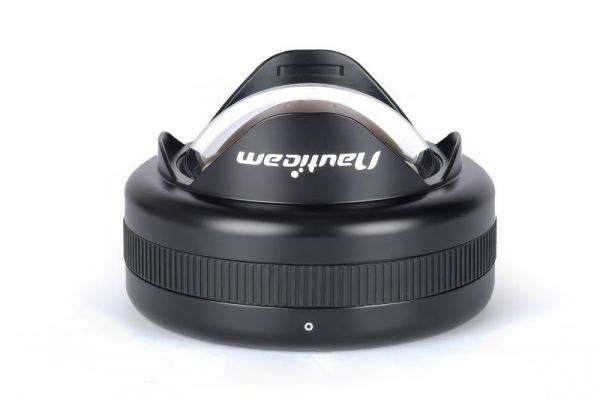 Every Nauticam lens is a "clean slate" design. These optical systems are engineered entirely as underwater corrective and conversion optics, and not adaptations of in air designs. The process isn't an easy one, but the images captured by WWL-1, WWL-1B and previous Nauticam optical designs prove the effort is well spent.

WWL-B is a full zoom through lens, performing well through the entire zoom range of popular compacts, Micro Four Thirds systems with power zoom lenses, and the latest full frame Sony 28-60mm f/4-5.6. This feature distinguishes this lens from all others on the market, which are designed to be used at a single focal length. The ability to be used with zoom makes WWL-1B extremely versatile! A touch of zoom can be used to crop a subject in camera, or for close-up shots without removing the lens.

130 degrees of glorious wide angle coverage, and even a bit wider if your camera system allows it! This is a field of view that sits between the popular full frame fisheye lenses (180 degrees diagonal) and ultra wide rectilinear zooms (approximately 110 degrees). This coverage angle was targeted from the very beginning as an ideal coverage angle for a wide variety of underwater imaging scenarios. Big animals, close focus wide angle shots of reef dwelling creatures, and even mid-range fish portraits are all within the range of WWL-1B.

The cutting edge optical design employed in WWL-1B results in extremely high overall sharpness, contrast, and edge sharpness. The design is optimized for the high resolution sensors of today, as well as the even higher resolutions sensors of tomorrow. 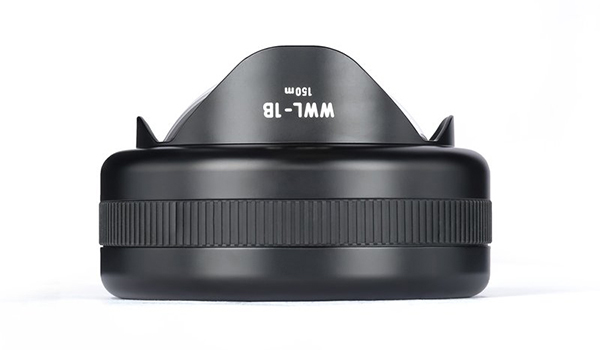 The ability to focus close is key, and WWL-1B does amazingly well. With all compatible systems at wide angle the lens is able to focus on the front of its dome lens element, maximizing the impact of even small subjects. Amazingly, with the Panasonic 14-42 Power Zoom, the lens is still able to focus on the front of the dome port when zoomed to full telephoto! The best macro images will always be obtained by removing WWL-1B and mounting a macro converter (such as CMC-1 or CMC-2), but in situations where that is difficult close-up shots can still be obtained without removing the wide angle conversion lens.

Wet lenses have traditionally been an accessory geared toward compact cameras, but Nauticam set out from the very beginning to support a wider range of systems, with larger sensor sizes.

Most impressive is the outstanding performance available with the full frame Sony A7 series cameras using the Sony 28mm f/2 Prime lens. In our tests, this combo out-performed all of the Sony wide angle lenses behind dome ports, and is especially well matched to the demanding 61 megapixel sensor in Sony A7R IV.

Micro four thirds systems used with power zoom lenses are another compelling combination. 130 Degrees on the wide end, with a 3x Zoom Range, and close focus on the front of the dome. This combination is wider, sharper, and has less distortion than the Panasonic 7-14 f/4 and Olympus 7-14 f/2.8 lenses behind a dome port. Twist off the lens, and snap on a CMC for high powered macro photography, capturing an image area 22mm (just under 1″) wide! The full range of compatible systems is listed below.

The WWL-1 and WWL-1B share the same compatibility and you can find complete compatibility details here.  Please note 83250 or 83251 Bayonet Mount Converter II must be used for attaching the WWL-1B.

The bayonet mount system has been designed to incorporate vents that quickly flood the space between lens and camera, washing away air bubbles.

For optics storage on standard arms 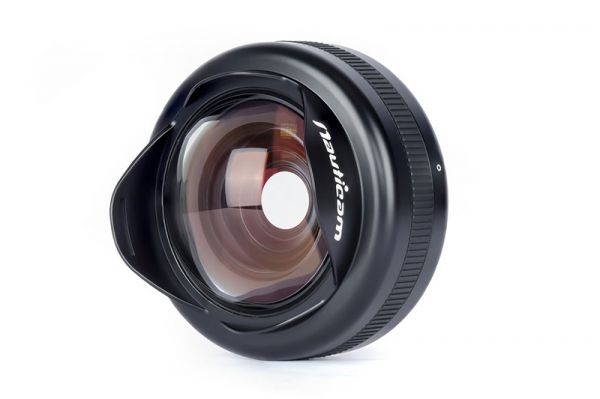