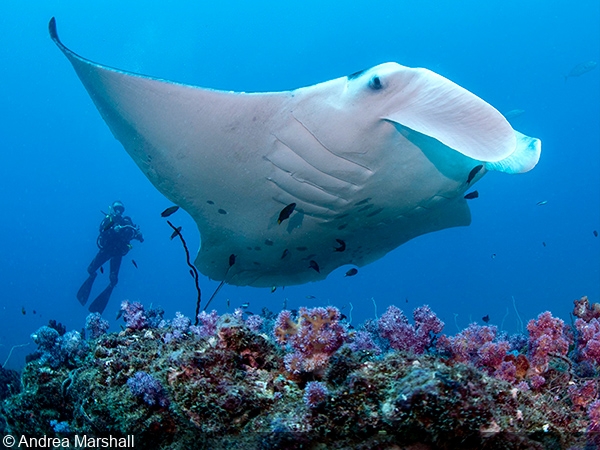 The Inhambane Seascape in Mozambique has been recognized by Mission Blue as a Hope Spot, with Mission Blue founder Dr. Sylvia Earle hailing the work of local conservation biologist Dr. Andrea Marshall and her team at the Marine Megafauna Foundation⁠ (MMF). Dr. Marshall has spent two decades in Mozambique and has made it her life mission to see the country’s coastline comprehensively protected.

“Mozambique as a country has already taken significant actions to safeguard the extraordinarily rich, highly important life along the coastline,” says Dr. Earle. “There’s an opportunity now to significantly scale up and embrace those areas that are already protected with a larger area along the coast that connects the land with the ocean beyond.”

The waters of Southern Mozambique are home to a wide variety of iconic big animals, such as manta rays, whale sharks, dugongs, numerous species of cetaceans, and five species of sea turtles. MMF and community partners have been successfully lobbying for the protection of key areas and building coalitions to oppose harmful industrial practices, including seismic testing for oil and gas. Now Mission Blue’s Hope Spot designation will further encourage the sustainable management of the region.

While areas like Bazaruto Archipelago National Park and Vilanculos Coastal Wildlife Sanctuary have provided vital protections for critical habitats, much of Inhambane Province remains neither protected nor monitored. Offshore industrial fishing as well as artisanal fishing are contributing to declines in rays, sharks, and other marine megafauna. As such, the MMF and its partners still have much work left to do. “The Inhambane Seascape is an area of incalculable importance. It’s the marine Serengeti of Africa,” asserts Dr. Marshall. “None of us will stop until it is properly safeguarded.”