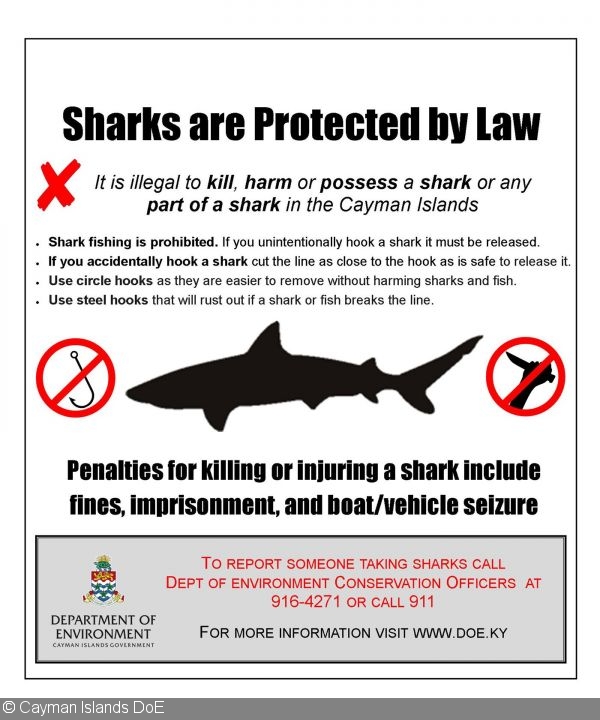 Despite recent efforts to curb illegal shark fishing by officials from the Cayman Islands Department of Environment, more dead sharks have surfaced—this time in a cooler. An anonymous tip was received and followed up on resulting in the discovery of 8 dead Cuban dogfish sharks—some with fins removed. After a spike in illegal shark fishing, the DoE had put out posters reminding the public that it is illegal to kill or harm sharks in Cayman waters.

As a deepwater species that only reproduces a few times in its life, the Cuban dogfish is quite vulnerable to fishing. This incident comes shortly after other incidents on Cayman Brac. Other species targeted in recent months were a nurse and lemon shark—one was found with signs of stabbing and a rope wrapped around its head while another shark had a knife inserted into its head.