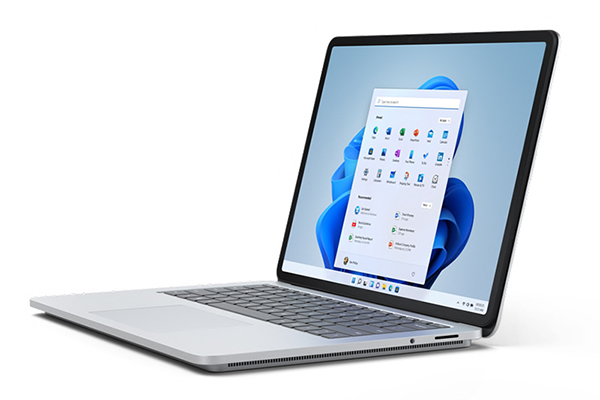 For nearly every shooter, the most important bit of kit after their camera system is their laptop, so photographers and videographers considering an upgrade will be interested in two powerful new options from Microsoft, the Surface Laptop Studio and the Surface Pro 8.

A successor to the Surface Book line, the Surface Laptop Studio aims to combine the versatility of a tablet with the power of a laptop. Unlike its predecessor, whose screen detached to become a tablet, the new computer features a screen with a hinge in the center so the display can be folded over the keyboard tablet-style—or “Studio” mode, as Microsoft calls it. Aside from offering you regular laptop mode, the so-called Dynamic Woven Hinge also allows the computer to be used in “Stage” mode, obscuring the keyboard but leaving the touchpad accessible. 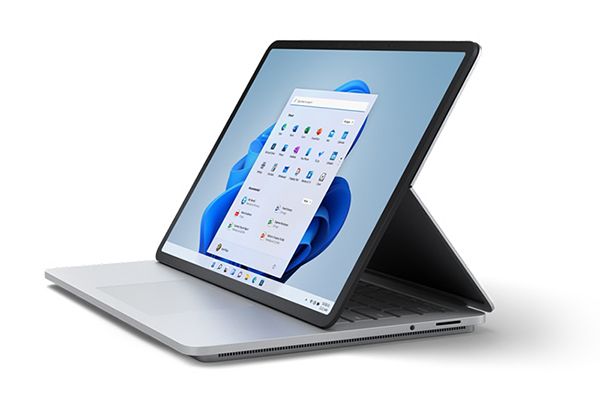 Unlike the 13-inch and 15-inch options for the Surface Book, the Surface Laptop Studio’s PixelSense Flow touchscreen is 14.4 inches, with a resolution of 2400x1600 pixels and a top refresh rate of 120Hz. In terms of I/O, there is a dedicated charging port, two USB 4.0/Thunderbolt 4 ports, and Wi-Fi 6 support. There’s also provision for storing and charging the Surface Slim Pen 2—a refreshed version of Microsoft’s stylus—which attaches magnetically just under the front edge.

As you’d expect, the computer is available in a variety of configurations, starting at $1,600 for Intel’s quad-core 11th Gen Core i5 processor with Intel Iris Xe graphics, 16GB of RAM and a 256GB SSD. If you need more graphics processing power, you can opt for the Core i7 models, which include the NVidia RTX 3050 Ti GPU; the $2,100 base model has 16GB of RAM and a 512GB SSD. It’s possible to configure the Surface Laptop Studio with 32GB of RAM and 2TB of SSD storage. 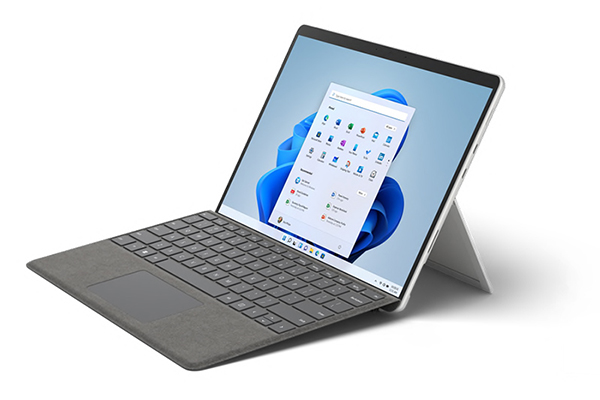 If you want a powerful Windows 11 machine with an Intel chip in a more traditional tablet-plus-detachable-keyboard form factor, the new Surface Pro 8 might fit the bill perfectly. The new Surface Pro model actually has a lot in common with the Surface Laptop Studio: The 13-inch 2880x1920 pixel touchscreen uses the same PixelSense Flow technology supporting a 120Hz refresh rate, there are two USB-C Thunderbolt 4 ports, and both Core i5 and Core i7 versions are available.

The Surface Pro 8 also works with the new Surface Slim Pen 2—and there’s a neat recessed home for it in the keyboard. The base model includes 8GB of RAM and 128GB of SSD storage, with the most powerful configuration maxing out at 32GB of RAM and 1TB of storage. Prices start at $1,100.

Both the Surface Laptop Studio and the Surface Pro 8 can be preordered now and shipping is scheduled to start on October 5th. 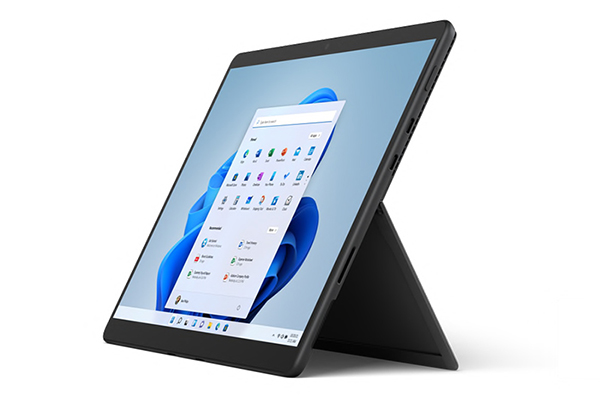