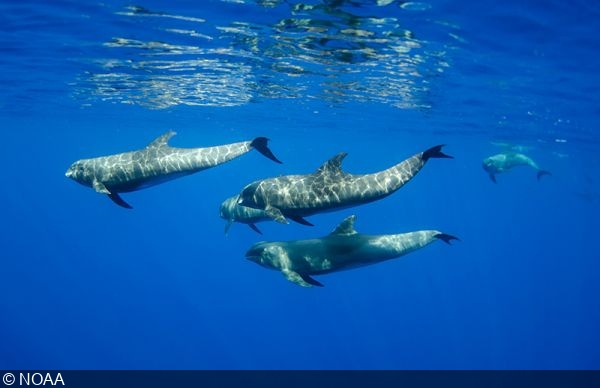 The number of whales washed up along the southeast shores of Mauritius has reached 47, with each day seeing more dead, including both juveniles and pregnant females. The bodies of the cetaceans began turning up two days after the forward section of the MV Wakashio—which broke apart three weeks after running aground on a coral reef—was deliberately sunk in an undisclosed location off the coast of the island country.

The grim statistic follows huge demonstrations—involving more than 100,000 people by one estimate—in the Mauritian capital, Port Louis, over the weekend. Protesters are frustrated with the handling and lack of transparency surrounding the oil spill. Highly dependent on fisheries and tourism, including marine tourism, Mauritius was already suffering the impacts of the coronavirus pandemic before the Wakashio crashed into the reef off Pointe d’Esny. Maritime security expert, Bruneau Laurette, gave a series of speeches during the demonstration calling for an open public inquiry into the oil spill, cleanup and salvage operations.

In a press conference on August 28th, Mauritius officials confirmed that many of the cetacean species washing up on the beaches were melon-headed whales, social animals that primarily occur in deep, tropical waters.