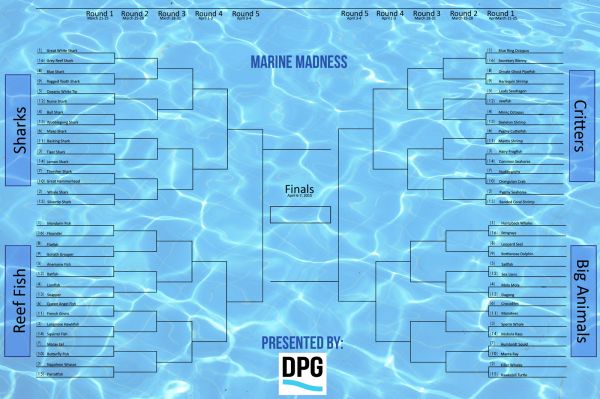 DPG is proud to announce the inaugural 2015 Marine March Madness!

Inspired by the college basketball tournament, we’ve created a bracket with some the coolest underwater photography subjects swimming around the ocean. And we want you, the reader, to help decide which subject should be crowned king of the 2015 Marine March Madness tournament!

The 64 contestants are split up into four primary categories: Sharks, Reef Fish, Big Animals, and Critters. Between now and March 25th, we invite you to vote (as much as you want) for your favorite creature in each match up.