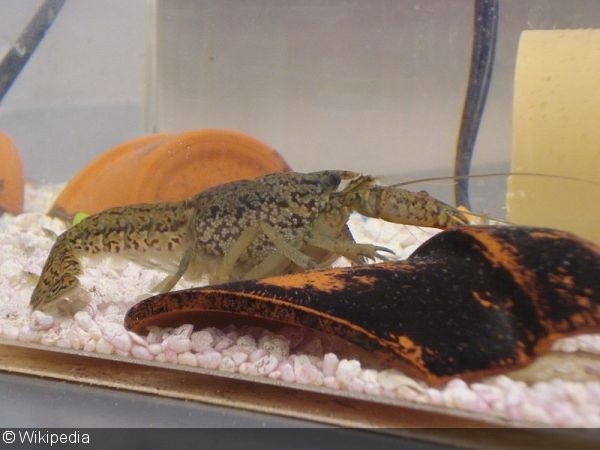 Apparently, one marbled crayfish can produce hundreds of eggs at once. It originally became popular with aquarium enthusiasts around Germany in the mid 90's. However, many owners became bewildered by the fact that the species was multiplying without a mate. “People would start out with a single animal, and a year later they would have a couple hundred,” said Dr. Lyko, a biologist at the German Cancer Research Center. Unable to keep up with the demands of so many pets, soon people were releasing the species into the wild.

In 2003, scientists were able to confirm that the crayfish was, in fact, cloning itself and this past December the marbled crayfish, Procambarus virginalis, officially became a new species. Researchers were able to conclude that when two slough crayfish mated some 25 years ago, one of the two had an extreme mutation in a sex cell. The study was just published in the journal Nature Ecology and Evolution.