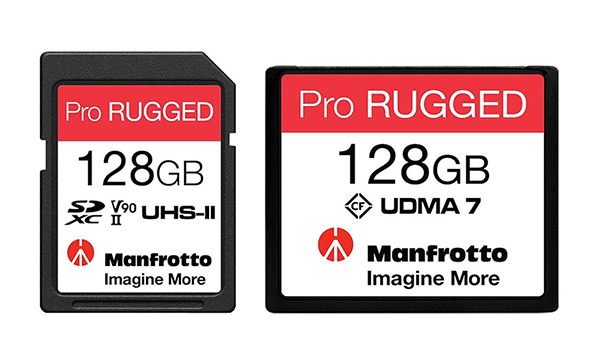 Manfrotto, the Italian brand usually known for its robust tripods, has announced a new Pro Rugged line of memory cards that the company claims to be the strongest on the market. Their solid molded plastic design means they can withstand temperatures from –25°C to 85°C, survive 44 lbs. of impact, and remain underwater for up to 72 hours unscathed.