Light & Motion Releases The Fathom Wetmate 65 Degree Wet Lens
By Matt J. Weiss, September 8, 2010 @ 12:29 AM (EST)
Light & Motion have released a new wet lens, The Fathom Wetmate 65 Degree wide angle lens. The lens will fit any Sony Light & Motion housing and can be attached underwater to the Light & Motion flat port to provide a wider angle of view while shooting. This obviously gives you more versatility in the subjects you can shoot. - when you see something that needs a wider lens, pop it on. When you're done, take it off again.  Full info on the accessory can be found in the press release below. 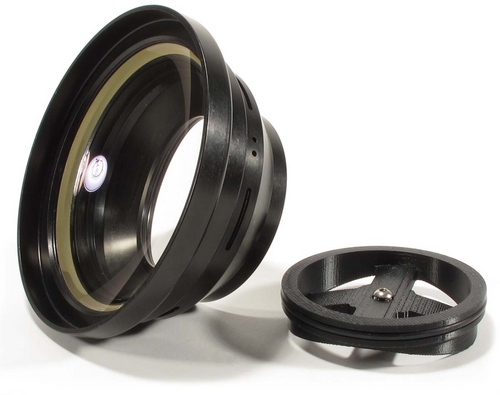 Light & Motion is pleased to announce the shipping release of the new Fathom Wetmate 65 degree wide angle lens; designed to fit all 2010 Sony Light & Motion underwater video  housings. Using a robust press-fit system with the flat-port, the Fathom Wetmate 65 can be instantly mounted and removed underwater for optimum “one dive” shooting versatility. You can now shoot seahorses and turtles in the same dive! Designed by the industry leader in lens fabrication, this Fathom engineered Wetmate 65 degree lens is made with the highest quality glass found on the market in order to achieve an outstandingly low distortion rate of only 1.40% and a 50% zoom thru rate. 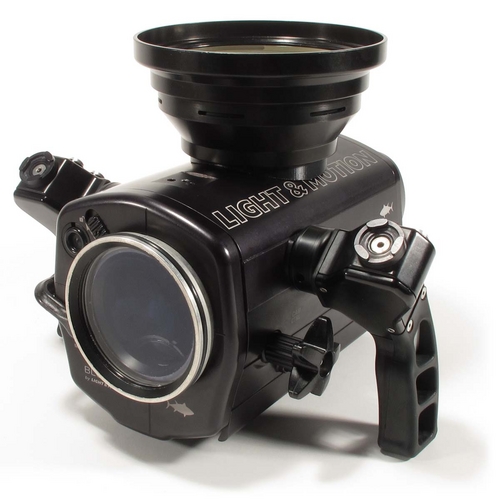 “If you want to shoot HD video, especially underwater, you absolutely must have high precision optics.  You can’t just slap any piece of glass on a product and expect it to work well,” states Fathom Wetmate 65 optic designer Paul Remijan, “A Fathom lens is carefully crafted to match the exact Light & Motion engineering specifications. It is very important to work closely with the housing company in order to achieve the proper positioning with respect to the camcorder to achieve full potential of the lens,” says Remijan. "I don’t care how great a lens design is, it is absolutely useless if it is mounted incorrectly in relation to the camcorder.”

The Fathom Wetmate 65 degree lens is an elegant addition to the current line of optics available, directly complimenting the Light & Motion flat-port and flip macro-diopter (that currently ship standard across the line), to create a new level of “one dive” shooting versatility that is unmatched in the underwater video housing market. 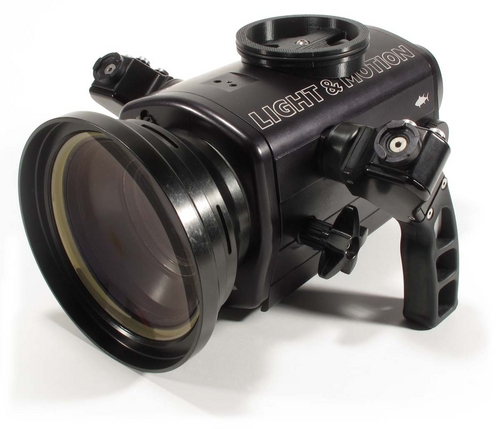 To round out this stunning line of optically superior lenses Light & Motion also has a Fathom designed 90 degree accessory lens available to fit the entire line of Sony of housings. This lens has 100% zoom thru.