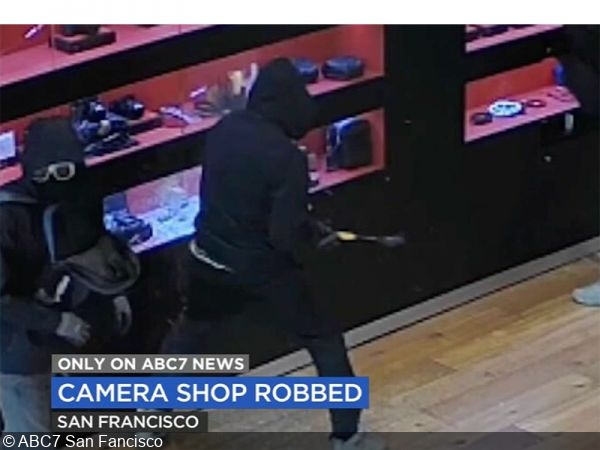 In the early afternoon, the suspects pulled up in a grey sedan—armed with a handgun and various mallets. Within just three minutes, hundreds of thousands of Leica lenses and cameras disappeared. Additionally, the thieves damaged the cases in the store to the tune of $20,000.

It’s unclear exactly what gear was stolen. But the SFPD is asking anyone with further information to call (415) 575-4444.