We all have had a scare or two while diving, but not many of us have had a dive like this. The following story was sent to us by a diver from the UK who wishes to remain anonymous. The following individuals’ names have been changed to protect their identities.It was an overcast and dreary summer morning when Mike the dive master talked his Captain, Gary, into taking him on a solo dive to one of his favorite wrecks. The dive would remain etched in his memory forever. The morning dive itinerary called for a wreck dive at 35 meters, followed by a surface interval and then a shorter second dive. Mike’s giant stride cut the silence of the calm morning air, and he began descending into the cool green waters that were so familiar to him. He dove in these waters day after day for the last 6 years, and knew the area like the back of his hand.

Mike swam a bee-line towards the bow of the wreck, his favorite part of this particular World War II era ship. Sometimes Mike would feel like he’s taking a step back into history by taking in the dramatic head-on view of the bow.As Mike was absorbing his reflections of history, the ambient light was suddenly blocked out. 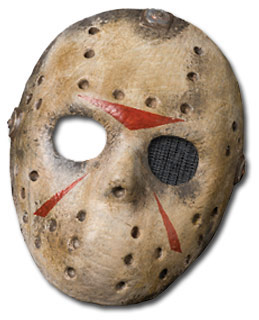 Any other diver might have freaked out, but Mike’s first thought was that it must be a Basking Shark, which are sometimes seen in the area. As he peered up into the slightly murky water, he adjusted his eyes to the lower light levels. Mike started to make out a clearer shape of the creature, which at first glance seemed much bigger than a basking shark, maybe it was a boat, Mike thought to himself. But no boat could move in the manner he observed, so Mike knew that this was definitely an animal. Mike recalls that “it certainly had the general body shape of a shark, but the tail was elongated like an eel. It almost looked like an underwater dinosaur. It must have been about 20 meters long. I knew it wasn’t a basking shark, and it wasn’t a whale”. Mike also made note of an eerie sound that the creature emitted. He described it as “almost like a loud, audible sonar”. At some point it dawned on Mike that he and the wreck were the only objects in the area, and the creature might actually be observing him. He remembers clinging on to the wreck “tighter than newbie diver holding an ascent line in a current”. Despite the potential of going into decompression, Mike pulled himself into the wreck and out of sight. Then, with the power and grace of an animal its size, the creature disappeared. Not knowing what to think or believe, Mike waited until his computer indicated the end of non-decompression time and he began his ascent in the murky green water. While hanging at 5 meters doing a safety stop in the open water current, Mike collected his thoughts. Just before he completed his stop, Mike heard the unique and eerie call of the unknown creature, and almost without warning, it appeared from the depths below. Unaware of the creature’s intentions, Mike decided to skip the last minute of the safety stop and bolt to the surface. But not before the creature pulled up along side him and stared at him with its meter wide eye. And as quickly as it arrived, it once again disappeared into the abyss, leaving Mike amazed at this chance encounter. When Mike climbed back onto the boat, he learned that the Captain, Gary, had also seen the creature from the surface but thought it was a whale.

Mike recalls that the animal was covered with large scales and had at least 30 or 40 remoras hanging on for the free ride. He described it as a large shark crossed with the Lockness monster.  When interviewed about the experience on local TV and radio news shows, Mike said “If you believe this story, then you’ve got a bigger imagination than we do! Happy Halloween from the team at DivePhotoGuide.com!”