Call it a holiday miracle, but the USS Kittiwake has finally arrived in Grand Cayman

Slated for sinking for nearly a year only to be postponed by several budgetary issues, the 250-foot vessel finally arrived off of Cayman shores after a week-long journey beginning in Virginia. DPG was on the scene when all of the 1,800-ton Kittiwake was first spotted off of Cayman's west side! 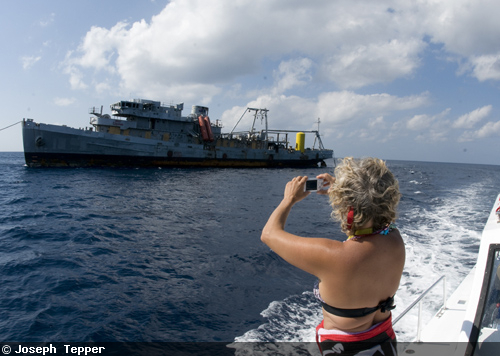 Initially unnoticed, news of the unfamiliar sight spread quickly across the small island as the arrival garnered a significant amount of attention. Several smaller dive boats, private vessels, and even helicopters accompanied the ship and its tugboat for the final leg of the journey, until reaching a temporary resting place in Georgetown harbor.

Although no official time has been announced for the ship's sinking, it is expected to occur after completion of the final preparations: sometime before the New Year. It will certainly be an event worthy of remembrance. 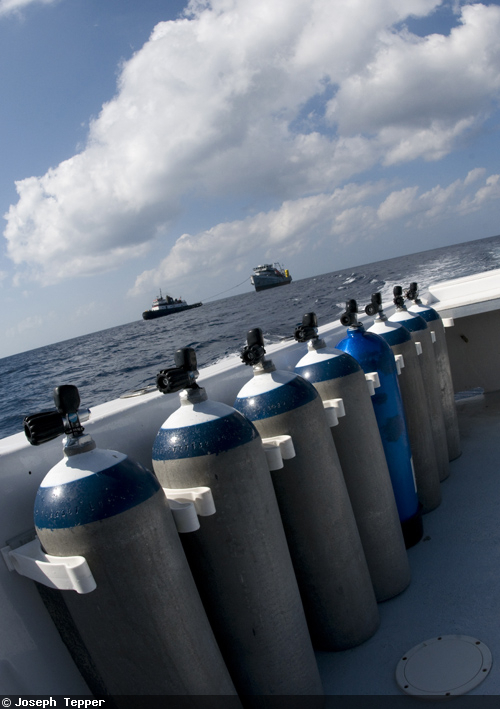 DPG will continue to cover the sinking and first dives of the Kittiwake from Grand Cayman.