Secrets of the Reef is a gripping story which culminates in a bold statement about reef conservation. It is an immersion into the metropolis of a Pacific coral reef as seen through the lives of three of its inhabitants, a sea turtle, a hermit crab and a fish. Their struggle for survival in a fish-eat-fish world is set against a backdrop of incredible beauty and color. But all is not well in the reef metropolis: an unseen threat approaches closer by the day-one bigger than any they have faced before. For more information about this award winning documentary, surf to http://www.secretsofthereef.com/.

Jonathan Bird is a professional underwater cinematographer and photographer. His films have appeared all over the world, on networks such as National Geographic Channel, PBS, ABC, USA Network, Discovery and even the SciFi Channel. He has won two Emmy Awards and two Cine Golden Eagles for his work. He is the author of seven books of underwater photography and the host of his own program on American public television Jonathan Bird's Blue World.

The Environmental Film Festival in the Nation's Capital is celebrating its 17th year, and is a leading showcase for environmental films in the United States. It runs from March 11th to the 22nd. Presented in collaboration with 101 local, national and global organizations, the Festival is one of the largest cooperative cultural events in the nation's capital. Films are screened at 52 venues throughout the city, including museums, embassies, libraries, universities and local theaters. If you would like more information, including a full schedule of films and events, go to http://www.dcenvironmentalfilmfest.org/.

The crew of Secrets of the Reef and director Jonathan Bird are very excited to be able to participate in this meaningful and prestigious film festival. 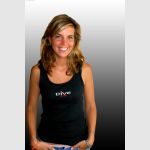