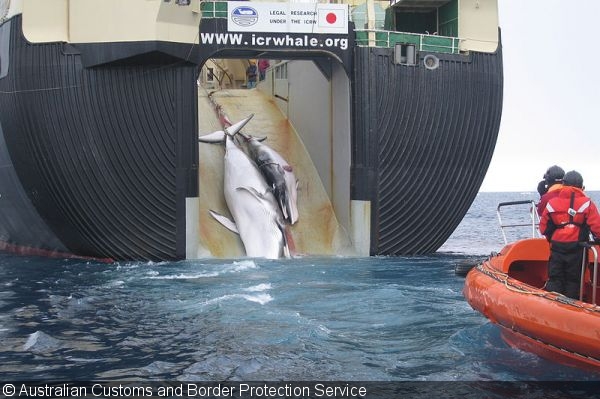 Japan has sent a report to the International Whaling Commission (IWC) revealing that its hunters caught 333 minkes during its recent Antarctic summer “biological field survey.” The whales were caught legally under the guise of “scientific research,” but Japan has been widely condemned for what is seen as little more than commercial whaling by another name. No secret is made of the fact that the whale meat resulting from the program is sold to be eaten.

The report, which was submitted by Japan’s New Scientific Whale Research Program in the Antarctic Ocean (NEWREP-A), shows that from November 2017 to March 2018, 152 males and 181 females were taken, of which 122 were pregnant. Of the total, 53 of the females and 61 of the males were sub-adults.

Japan resumed Antarctic whaling in 2015, despite the IWC saying that the country had made an inadequate case for killing the whales “for purposes of scientific research”—which is allowed under Article VIII of the 1946 International Convention for the Regulation of Whaling. The current number of 333 is, however, a third of the number that was once caught annually.

Both Norway and Iceland, which partially or fully reject the IWC’s 1985 moratorium on commercial whaling, still hunt whales, while local communities in the US, Russia, Greenland, and St Vincent and the Grenadines conduct small-scale aboriginal subsistence whaling. Japan, however, is the only country that uses the scientific research clause to justify its Antarctic whale program.