Japan to Withdraw from the International Whaling Commission
By Ian Bongso-Seldrup, December 30, 2018 @ 03:00 AM (EST)
Source: BBC 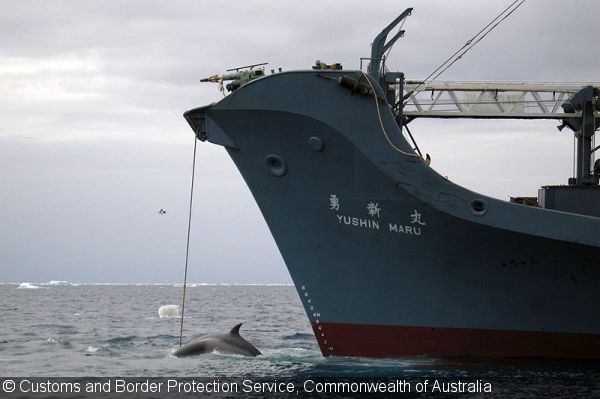 Japan has announced that it plans to withdraw from the International Whaling Commission (IWC), the body that manages whale conservation, and will resume commercial whaling in July next year. After some whale species were hunted almost to extinction, the IWC introduced a moratorium on commercial whaling in 1986—which the Japanese have flouted for years under the guise of “scientific research.”

Japan’s government says that while it will conduct commercial whaling in Japanese territorial waters and economic zones, it will end hunting in Antarctica and the southern hemisphere. In a statement, the Japanese government said the IWC was too focused on conserving numbers and was not interested in a conversation about sustainable commercial whaling.

In response, Australia’s Foreign Minister and Environment Minister released a joint statement reiterating that “Australia remains resolutely opposed to all forms of commercial and so-called ‘scientific’ whaling.” Greenpeace Japan also condemned the move: “The declaration today is out of step with the international community,” said Greenpeace Japan’s executive director, Sam Annesley, “let alone the protection needed to safeguard the future of our oceans and these majestic creatures.”