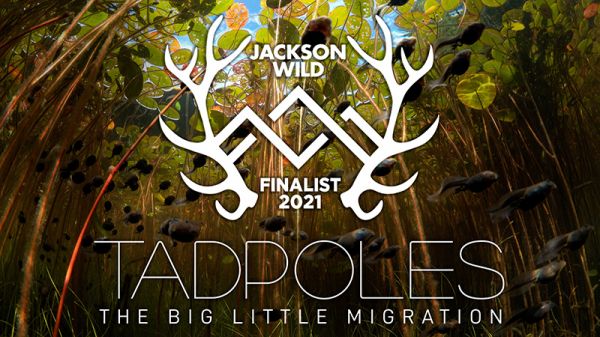 The prestigious Jackson Wild Media Awards has announced the finalists of the 2021 competition, with Tadpoles: The Big Little Migration, by Canadian filmmakers Maxwel Hohn and Russell Clark, among the finalists. The mesmerizing eight-and-a-half-minute “minimentary”, which is a finalist in both the “Animal Behavior Short Form” and “Ecosystem Short Form” categories, follows the fascinating daily migration of western toad tadpoles across a secluded lake on British Columbia’s Vancouver Island.

“Our story of the western toad tadpole seems to have really connected with people all over Canada, and the world,” says videographer Maxwel Hohn. “It’s being played in schools, it’s been given over a dozen film laurels, it caught the attention of TV production companies, and most importantly, it’s kept people entertained in a unique way.” Adds Russell Clark, the film’s writer and editor: “To see it as a finalist at Jackson Wild is a huge honor.”

This year’s Jackson Wild Media Awards has attracted some heavyweight finalists of interest to underwater shooters, including Soul of the Ocean by Howard Hall, David Attenborough: A Life on Our Planet, National Geographic’s Playing with Sharks: The Valerie Taylor Story, and Antarctica by the BBC Studios Natural History Unit.

The winners of the Jackson Wild Media Awards will be announced during a gala on September 30, 2021.

This year’s submissions included over 750 entries from nearly 30 different countries. Finalists were selected by a panel of 150 international judges who together screened over 3,000 hours of media.

Maxwel and Russell are in good company, as other finalists this year include: BBC Natural History Unit, Apple TV, David Attenborough’s A Life On Our Planet, Netflix, and Howard Hall.

Tadpoles: The Big Little Migration was a self funded passion project, fuelled by four years of dedication from nature videographer Maxwel Hohn. Filmed at a secret location on northern Vancouver Island, and edited and produced in the Comox Valley. The mini documentary, like its tiny subject matter, is a small entity in a big pond.

“We are humbled to have our film alongside so many inspiring productions,” says Maxwel Hohn. “Our story of the western toad tadpole seems to have really connected with people all over Canada, and the world. It’s being played in schools, it’s been given over a dozen film laurels, it caught the attention of TV production companies, and most importantly, it’s kept people entertained in a unique way.”

“The film really connected to people’s childhood memories of toads and tadpoles,” adds the film’s writer and editor Russell Clark. “It touched a nerve with the public and with the natural history film industry. To see it as a finalist at Jackson Wild is a huge honour.”

“The film is as independent as you can get, and a true product of British Columbia’s incredible natural history,” adds Hohn.

“The judges selected an incredible slate of inspiring finalists with powerful messaging and stunning imaging. These richly woven stories reflect diverse perspectives from around the planet, and are deeply personal and purpose-driven,” said Lisa Samford, Executive Director of Jackson Wild. “But, more importantly, they inspire an inherent connection to the species, places and issues that are critical to our survival on this beautiful planet and amplify the importance of what we as individuals can do to make a difference in restoring and protecting them while the opportunity still exists.”

2021 will mark Jackson Wild’s first hybrid conference, with the in-person conference and awards event live streamed to global audiences unable to travel. Event speakers and delegates will include innovative filmmakers and industry thought-leaders, alongside leading conservationists, photographers, and scientists from across the globe, all engaged in conservation, nature and science media.

Since the success of Tadpoles: The Big Little Migration, Hohn and Clark produced another hugely successful minimentary, Call of the Coastal Wolves, which went on to win several other film festival accolades. They have both spent this year filming natural history for various television productions, and have several of their own films currently in production. 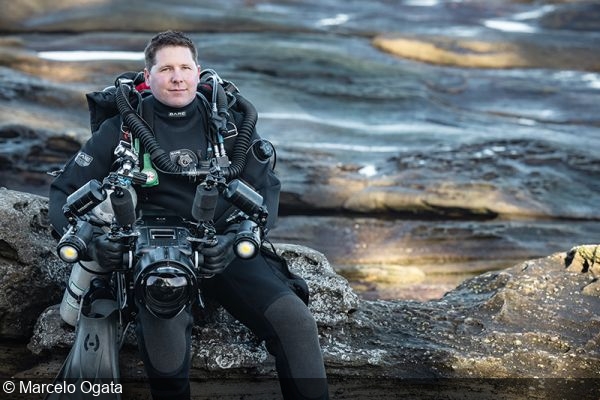