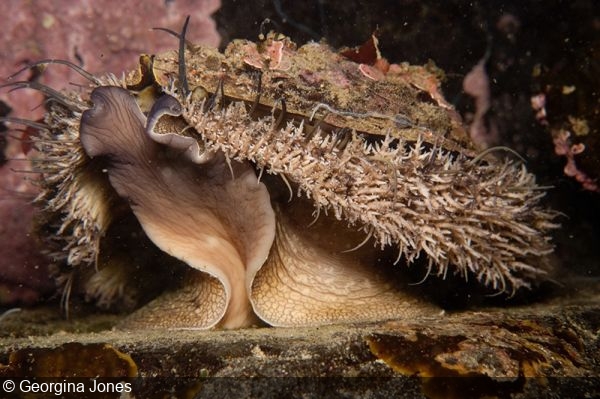 The latest update to the International Union for Conservation of Nature (IUCN) Red List of Threatened Species highlights a barrage of threats affecting marine species, including illegal and unsustainable fishing, pollution, climate change, and disease. Of the 17,903 marine plants and animals assessed by the IUCN, more than 1,550 are at risk of extinction—that’s almost 10%. According to IUCN Director General Dr Bruno Oberle, the update reveals “a perfect storm of unsustainable human activity decimating marine life around the globe.”

Dugongs are listed as “Vulnerable” globally, but now populations in East Africa and New Caledonia have entered the IUCN Red List as “Critically Endangered” and “Endangered,” respectively. There are now fewer than 250 mature individuals in East Africa and under 900 in New Caledonia. In the former case, unintentional capture in fishing gear is the biggest problem, while poaching is the primary threat in the latter. Boat injuries, destruction of seagrass habitats, and the impacts of climate change are among other threats dugongs face.

Twenty of the world’s 54 abalone species—some 44%—have entered the IUCN Red List as threatened with extinction. The primary threats are unsustainable extraction and poaching. Marine heatwaves have exacerbated abalone diseases and also destroyed the algae that abalones depend on for food, while pollution from agricultural and industrial run-off have caused harmful algal blooms, wiping out many populations.

A final example is the pillar coral, found throughout the Caribbean, which has moved from “Vulnerable” to “Critically Endangered” on the IUCN Red List. Stony coral tissue loss, a highly contagious disease that has emerged in the past four years, is the most urgent threat. Corals have also been weakened by increased sea surface temperatures as well as excess fertilizers, sewage and antibiotics running into the sea.

“With this devastating IUCN Red List update on the status of marine species, it is clear that business as usual is no longer an option,” said Ashleigh McGovern, Vice President, Center for Oceans at Conservation International. “Human activity has had devastating effects on marine ecosystems and biodiversity, but it can also be harnessed to drive action as a matter of survival, equity and climate justice. If we are to secure a new future for the world’s oceans and the essential biodiversity they harbour, we must act now.”

Find out more about the IUCN Red List here.