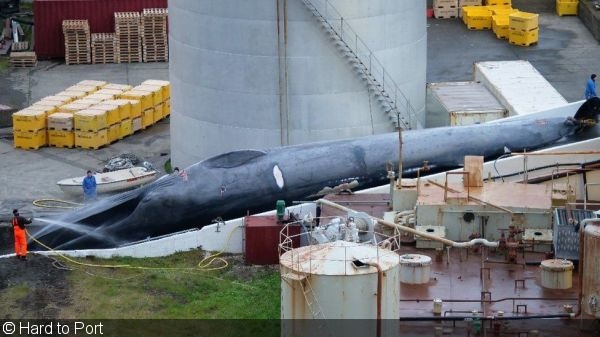 Controversy is building after whalers in Iceland have killed a blue whale. Pictures of the whalers processing what appears to be a juvenile blue whale began circulating last week—drawing backlash from around the globe.

Blue whales haven’t been deliberately killed since 1978 due to concerns over their declining population. The whaling company involved is insistent that the whale is actually a hybrid between a blue and a fin whale; although DNA testing is needed to confirm this claim.

"If this is a blue whale, it would be illegal and a breach and there could be fines and perhaps the company might lose their license to hunt whales," Arne Feuerhahn, from campaign group Hard to Port, told the BBC.

Although the photographic evidence isn’t 100% certain without DNA analysis, the vast majority of experts believe that the animal in question is a blue whale. This DNA analysis isn’t expected anytime soon—hopefully by the end of the year.