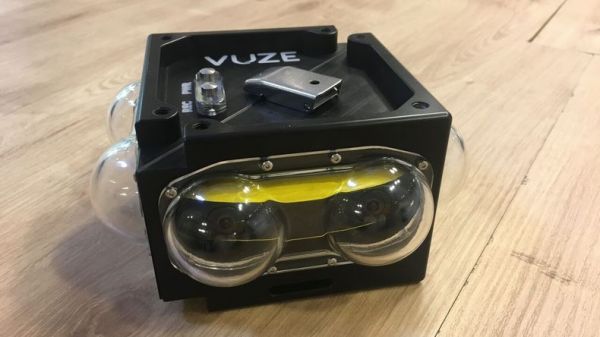 Humaneyes Technologies, makers of the 360-degree Vuze camera, released earlier this year, have announced a new housing that allows the device to capture 3D video underwater, though the press release doesn’t specify to what maximum depth. The $800 Vuze—essentially eight full HD cameras in one—can capture 360-degree footage at up to 4K resolution.

The company made various additional announcements: The Vuze VR Studio VR rendering software will be available in beta for Mac; users will be able to automatically create content that can be shared on Google Street View; and a new smartphone app will be launched that allows images/video to be previewed and exposure settings to be adjusted.

It was also announced that an early-2018 update will give the Vuze live-streaming capabilities—though it’s unclear whether this will function when the device is submerged.

The new underwater case will be available soon for $2,995.

Humaneyes Technologies today ahead of IFA announced several major enhancements to its Vuze VR Camera, the industry's first affordable 3D-360 degree virtual reality (VR) camera. The camera's updates include beta availability of the Vuze VR Studio for Mac; a new under water case that allows for VR video to be captured under water; Google Street View integration; and coming soon, a new Android and iOS app with image and video preview functionality, new exposure settings and media playback on the camera. Humaneyes also announced that it will bring its much anticipated live streaming capabilities to the Vuze VR Camera in early 2018, giving content creators, filmmakers, video and production industry pros, and virtually anyone the ability to create and live stream stereoscopic VR videos at the push of a button.

"We're hearing from prosumers, filmmakers and the creative community that the Vuze VR Camera's simplicity and affordability is filling a huge gap in their ability to create 360 VR content. And, after our initial launch we're getting some great feedback from current users on how to make the camera even better," said Humaneyes Technologies' CEO, Shahar Bin-Nun. "With these updates we're making it even easier to create and share truly immersive experiences, whether it's capturing 360 VR video on land or shooting under the sea."

"We've also been getting lots of requests to make it possible to live stream VR content captured from the Vuze VR Camera and are happy to announce that we'll have those and other features live early next year," added Bin-Nun.

The Vuze VR Camera and new enhancements announced today will be available for demo at IFA in Hall 11.1 at the Vuze VR Camera booth #133. In addition, Humaneyes Technologies will be showcasing various use cases of the Vuze VR Camera, including a short narrative from a Hollywood producer, travel themed-videos and user-generated content.

Launched earlier this year, the Vuze VR Camera includes eight full HD cameras, which simultaneously capture dynamic 360-degree VR video or stills in stunning 4K resolution. The camera allows for the simplest and most cost effective way to capture highly immersive, professional quality 360 VR video and is available for 995 Euro or $799 in the U.S. For more information on the Vuze VR Camera, and to order, visit www.Vuze.Camera. Follow Vuze on Facebook and Twitter. 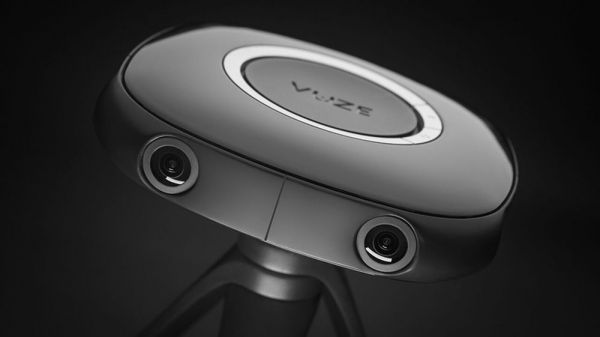 Founded in 2000, Humaneyes Technologies is a veteran in 3D and animated content creation and has over 70 patents covering relevant technologies and processes across the market. Recognizing the growth potential in VR, Humaneyes has focused its longstanding experience in the space to provide end-to-end VR video solutions that make the creation of virtual and augmented reality content easy and accessible to everyone from professionals to consumers. As the vibrant VR and AR market segments develop, Humaneyes is helping define the innovation standards that will drive mass appeal, beginning with the Vuze VR Camera. Humaneyes' multi-patented computer vision technologies inside the world's first affordable VR camera are enabling the bustling ecosystem of creation, production and publishing of unprecedented immersive VR experiences.