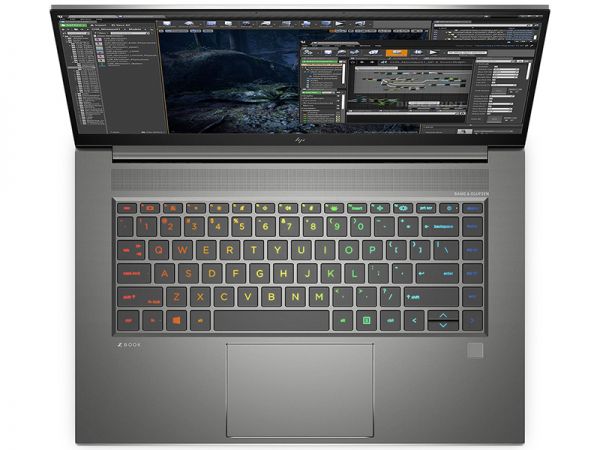 HP has announced three new ZBook G8 laptops aimed at creative pros who need serious power and storage for tasks such as photo and video editing. The notebooks are offered in three flavors—Studio, Power, and Fury—with the first two coming in 15.6-inch versions, and the third also available with a 17.3-inch screen. These displays can be Full HD or 4K, and there are touchscreen options as well.

The ZBook Studio G8 features HP’s DreamColor display, which has a refresh rate of 120Hz, and boasts a billion on-screen colors, covers 100% of DCI-P3, and offers Pantone validation. The Studio can be configured with an Nvidia RTX A5000 or Nvidia GeForce RTX 3080 mobile GPU and up to the latest Intel Core i9 vPro processor. The Studio model also has a full RGB keyboard, and SSD storage is available up to 2TB.

The ZBook Fury G8 promises “desktop-caliber performance” for power users. As well as DreamColor display with Pantone validation and 120Hz refresh rate, the Fury features either an Intel Core i9 or Xeon processor, a Nvidia RTX A5000 or AMD Radeon Pro GPU, up to 128GB of 3200MHz system memory (compared to 32GB and 64GB for the Studio and Power models, respectively), and a wide range of ports (dual Thunderbolt 4, HDMI, Mini DisplayPort, USB-A, SD card slot, Smart Card Reader). The Fury has capacity for an 8TB hard drive.

The ZBook Power G8 laptops are the most affordable of the bunch. They feature 11th-gen Intel Core i9 vPro processors, up to NVIDIA RTX A2000 graphics, and up to 2TB of SSD or 4TB of HDD storage. The display can be Full HD or 4K, covering 100% of the sRGB color space.

HP says the Power G8 model will be available in June, while the Studio G8 and Fury G8 models will hit shelves in July. The company hasn’t yet provided pricing information.