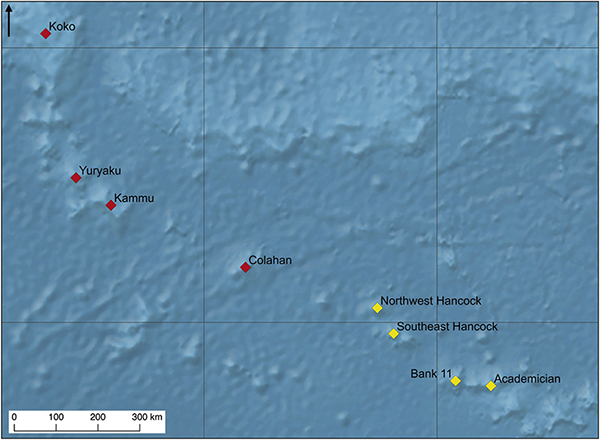 Researchers studying the Hawaiian-Emperor Seamount Chain, which was devastated by heavy trawling and overfishing from the 1960s through the 1980s, have concluded that the underwater mountain range in the Pacific is showing signs of recovery.

Publishing their findings in the journal Science Advances, the team from Florida State University and Texas A&M University conducted four research missions to investigate the region’s ecological communities to see if decades of federal protections had allowed life on the seamount chain to recover.

“It’s been hypothesized that these areas, if they’ve been trawled, that there’s not much hope for them,” said Florida State University Associate Professor of Oceanography Amy Baco-Taylor. “So, we explored these sites fully expecting to not find any sign of recovery, but we were surprised to find evidence that some species are starting to come back to these areas.”

The scientists used an autonomous underwater vehicle and a manned submersible to explore sites along the chain and photograph the seamounts, which are roughly 1,000 to 2,300 feet below the surface. Analyzing over half a million images, the team could see the remnant trawl scars on the seafloor, but also the regrowth of coral. Some of the coral was even regrowing from fragmets on discarded fishing nets.

The researchers aren’t able to say whether the region will make a full recovery, but the study provides highly significant data for policymakers assessing the effectiveness of protections.