The name GoPro has become synonymous with action cams.   Simply put -- the company has revolutionized outdoor video and created a new genre.  Modest updates to the original, including Wi-Fi capability, and a LCD screen backplate, as well as some sensational marketing,  have kept the series ahead of competitors, but with the new GoPro Hero3, the company makes major improvements to it's tiny cam.

The new Hero3 comes in three flavors, the Black Edition, The Silver Edition and the White Edition, which GoPro says  are 30% smaller and 25% lighter than the previous model. 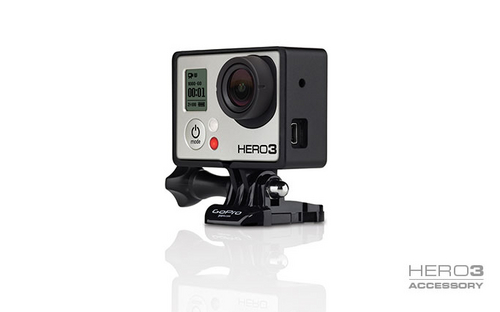 Most impressive is the Black Edition, with a $399 price tag. Here's the rundown:

The Silver Edition goes for $299 but only offers 1080p30 as its max resolution,  11MP stills at 10 FPS burst and the Wi-Fi remote is not included (available for $79). The White Edition is similar to the Silver, but without customizable white balance and only has a 5MP camera at 3 FPS burst. 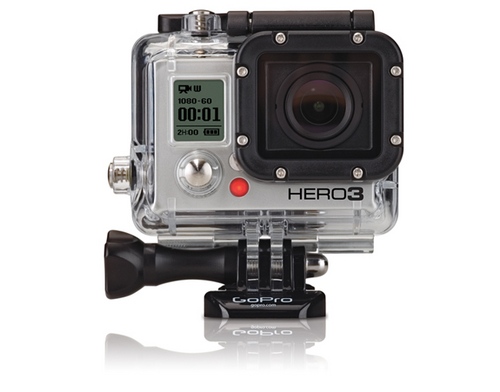 All three will come with a new waterproof housing that will fit the smaller body. This housing is said to have a "totally updated flat-lens that delivers stunning image sharpness both above and below water…"

The specs of the new models, especially the "Black Edition" are truly amazing. However, I am sure many underwater shooters will be disappointed to learn that their camera will not fit into their existing Backscatter GoPro housings that are custom made for underwater use.

GoPro has never catered directly towards divers with their housings, but Backscatter, DPG's retail partner,  has always been able to provide an excellent, "diver-centric" alternative to the standard housing. I imagine we'll see the same for this model as well. It is unconfirmed whether the Backscatter Flip Magic Filter will fit the new housings.

As far as its capabilities for creating images, the Black Edition is truly exciting.  We talked to a number videographers this morning, who are looking forward to increased frame rates at 1080p and 720p -- more so than the 4K res at sluggish frame rates.  This allows for some exciting slow-mo opportunities.

The GoPro's small size, low cost, excellent quality, and simplicity to use, has made it perhaps the most popular underwater camera. This upgrade will certainly have GoPro fans excited, as the company continues to push the boundaries of how much technology they can squeeze into a tiny,  nearly indestructible camera.

The promo video below was shot entirely on the new "Black Edition" Hero3 and features some awesome underwater footage (especially at 4:18)