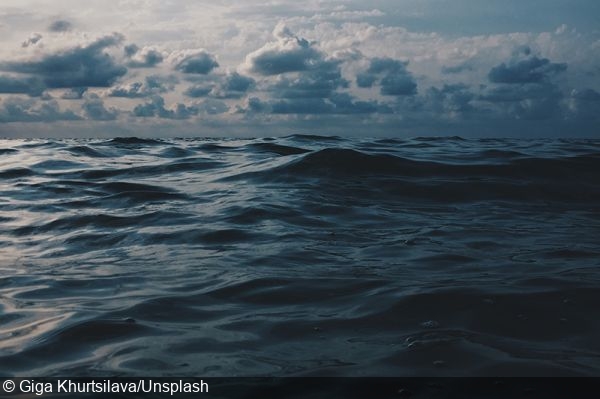 According to a new study published in Nature Climate Change, climate-driven heating of seawater is slowing down deep circulation patterns in the Atlantic and Southern oceans. The study’s authors, scientists from the University of California, Irvine, analyzed projections from 36 climate models and discovered that the Atlantic Meridional Overturning Circulation (AMOC) and the Southern Meridional Overturning Circulation (SMOC) could slow by up to 42 percent by 2100. The SMOC could cease entirely by 2300 in the worse-case scenario. “This would be a climate disaster similar in magnitude to complete melting of the ice sheets on land,” said study co-author J. Keith Moore, UCI professor of Earth system science.

In the Atlantic, as warm water flows northwards on the surface, it cools and evaporates, making it saltier and denser. This heavier water sinks into the deep ocean and flows south, where it eventually rises back up, carrying from the depths the nutrients that are the foundation of marine ecosystems. According to Moore, a disruption in circulation would, over time, cause those nutrients to become trapped in the deep ocean—“leading to declining global-ocean biological productivity.”

Additionally, circulation ensures that carbon dioxide drawn into the ocean is sequestered in the depths—what Moore and his colleagues call a “solubility pump.” There is also a “biological pump” whereby phytoplankton remove carbon dioxide from the atmosphere, and when the animals that consume the phytoplankton die, the carbon and nutrients are released at depth. If ocean circulation is disrupted, both the solubility pump and biological pump could be affected—exacerbating global warming further.