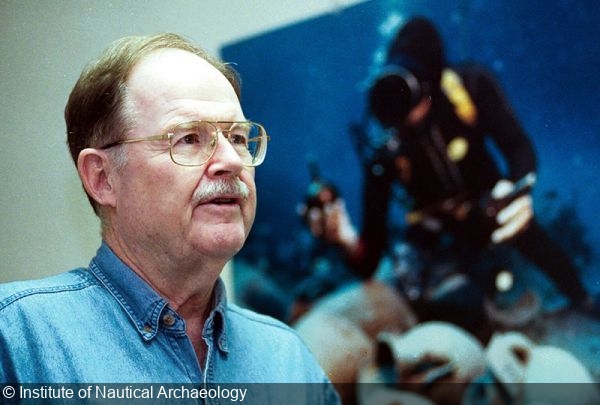 George Bass, the “father of underwater archaeology” has passed away at 88. The Distinguished Professor Emeritus at Texas A&M University and Founder of the Institute of Nautical Archaeology had a decades-long career leading excavations of ancient shipwrecks and is credited with creating new methods for removing artifacts from the seabed as well as for spending longer periods underwater.

Professor Bass’ pioneering excavations revealed countless mysteries about ancient shipbuilding, opening up an entirely new field for archaeology. While he directed excavations around the world, his focus was the coast of Turkey, one of the world’s most important maritime trade routes for ancient civilizations for thousands of years. The Uluburun Shipwreck, the oldest wreck Bass excavated, was found in southwestern Turkey, about six miles southeast of Kaş. Dated to 1,300 B.C.E., around the end of the Bronze Age, the wreck contained items such as ivory, a gold scarab inscribed with the name of Queen Nefertiti, and a wooden writing tablet, believed to be the oldest of its kind ever discovered.

“We will never run out of worthy sites,” Bass wrote in his 2005 book Beneath the Seven Seas. “Hundreds of ships have sunk in Aegean storms in a single day. We cannot calculate the number of wrecks in that one sea.”