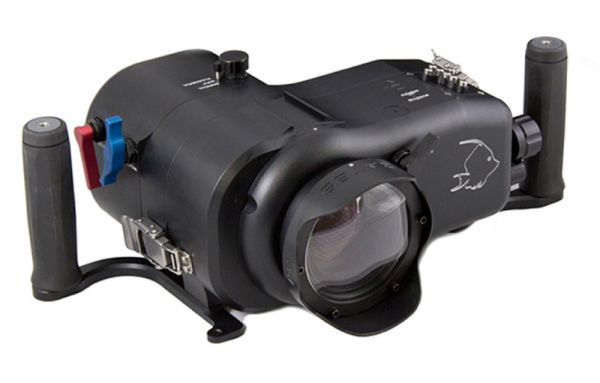 Gates has announced their new XA35 housing for several of Canon’s new HD camcorders—XA35, XA30 and HF-G40 cameras. As well, the housing supports preexisting cameras in the line: the XA25, XA20 and HF-G30.

The new camera models—most notably the XA35—feature a vastly improved dynamic range that provides upwards of 600% more range than previous models. The XA35 was announced in November, with its price coming in at $2,999.

As with all Gates housings, there is extra emphasis placed on durability and reliability, along with a wide array of customization available through add-on accessories. The housing is available now with a price tag of $2,660. More info in the press release below.

Following a long tradition of housings for Canon professional camcorders, the new Gates XA35 Housing is the latest addition to the family as a compact, prtable and versatile underwater motion imaging platform. An evolution of the XA25 Housing, the new XA35 Housing supports existing Canon XA25, XA20 and HF-G30 cameras as well as the new XA35, XA30 and HF-G40 Canon cameras. The finest underwater motion images are made possible with the Gates Precision Port system that includes SP32B Dome Port, FP32B Flat Port (for macro) and GP32A Wide Angle Port with 50% zoom through. A variety of accessories are available including Gates collapsible tripod (which stows tightly to the housing when not in use), 3G-SDI surface feed video (with Canon XA35 or XA25 cameras), and soon to be shipping GT14 14,000 lumen lights. Housing body – US$2660.00.

Of course the XA35 housing is a Gates through and through: reliable, durable, dependable. 2 year warranty and legendary support. Don’t take a chance — Take a Gates.