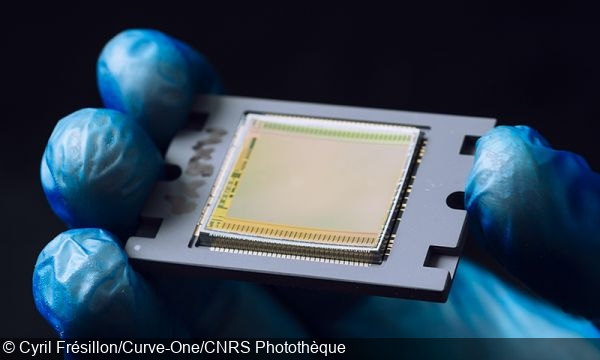 When it comes to imaging sensors, the only thing that seems to matter these days is how many pixels we can cram on there. So, here’s a fresh take: A French startup has just announced its first commercially viable curved image sensor. According to the company, Curve-One, “this new technology impacts every future imaging system”—with significant implications for optical design, post-processing cost, and ultimately, image quality.

In its press release (PDF)—the English version being a rather wobbly translation from the French—Curve-One explains the problem of current sensors thus: “The advent of flat electronic sensors has been a revolution, forcing optical designers to introduce additional optics to fit the flatness of these sensors surface. The classical problem of the planisphere appeared then: a huge distortion is created by the imaging system on the edge of the field. Additional complexity came along with the distortion: field flatteners increase the volume and mass of systems, and chromatic aberrations appear. Also, the imaging response is not uniform across the field.”

Curved sensors, by contrast, use a “bio-inspired approach” that mimicks the human eye: “By directly correcting the field curvature in the focal plane of imagers, the use of curved sensors suppresses the field flatteners.” In other words, less complex design, simpler optical elements, fewer opportunities for misalignment, and more compact optics—with an overall improvement in “image acquisition quality.”

Curve-One claims their curved sensor reduces total optics in a lens by a third, removes the need for aspherical elements, produces even illumination across the entire surface of the image sensor, reduces distortion on wide-field images, reduces aberrations, significantly improves edge sharpness, and suppresses vignetting. The company also promises “faster cameras with simplified design (down to f/1).”

It all sounds very promising, but don’t assume the tech will be turning up in a mainstream camera in the near future. While Curve-One is “targeting the mass production of its curved sensor,” applications seem to be focused on scientific instruments for neuroscience and astrophysical observation.