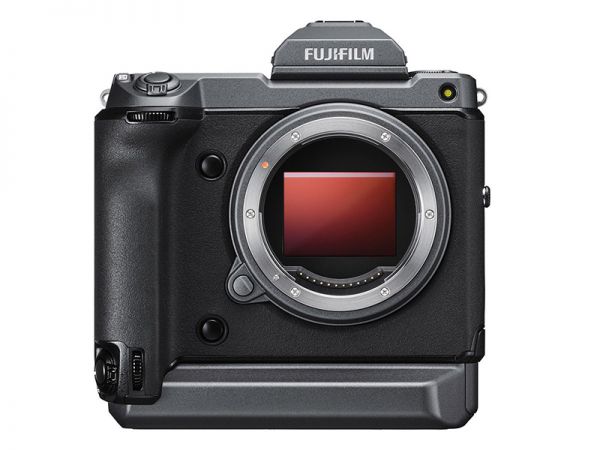 The announcement of the 51.4-megapixel GFX 50S back in 2016 marked Fujifilm’s triumphant return to medium format—digital this time—and landscape and fashion photographers around the globe salivated uncontrollably. And then the underwater shooters had their chance to drool when Nauticam made it possible to dive with it. And now... well, hold onto your saliva, folks, because the GFX 100 is here!

FUJIFILM INTRODUCES THE GFX100, A GAME CHANGER IN DIGITAL CAMERA TECHNOLOGY AND CAPABILITY

The GFX100 features several ‘world firsts’ for a large format camera with an image sensor larger than the 35mm (full-frame) format: including its 102MP back-side illuminated sensor (BSI), in body image stabilization (IBIS) and on-board phase detection hybrid auto-focus (AF) with near 100% coverage. In addition to pioneering features, the GFX100 is fully equipped with Fujifilm’s unparalleled color reproduction technology and film simulations. Resulting from years of research and technological innovations, the GFX100 will provide photographers with exceedingly high-quality imagery and best-in-class camera responsiveness for filmmaking and photography in a simple-to-use large format system with a growing selection of lenses.

Offering large-format video capability, the GFX100 is the world’s first mirrorless digital camera with an image sensor of this size to offer 4K, 30p video recording capability (4:2:2 10-bit). These groundbreaking features make the GFX100 a camera of unparalleled innovation and versatility, fulfilling photography’s intrinsic mission of capturing and recording precious moments that may never be repeated with the utmost image quality. 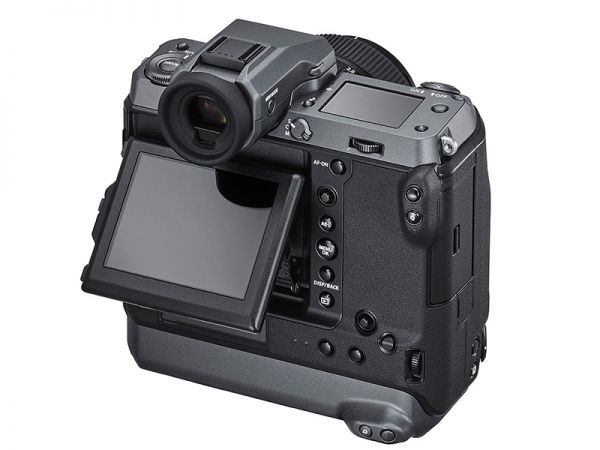 Noteworthy Stability When It Matters: World’s First Five-axis IBIS in a Camera Featuring an Image Sensor Bigger than the 35mm Format

High-resolution image sensors require high-level stability to ensure image sharpness. With built-in 5-axis image stabilization, GFX100 users are reassured that vibrations won’t interrupt the capture process. The function offers up to 5.5-stop image stabilization (when using the GF63mmF2.8 R WR lens)2. The entire shutter unit is suspended with four springs to minimize the effect of shutter shock. This dramatically broadens the scope of situations where a user can hand-hold the camera and still enjoy the world of 100MP+ ultra-high resolution, pushing the boundaries of photographic expression. 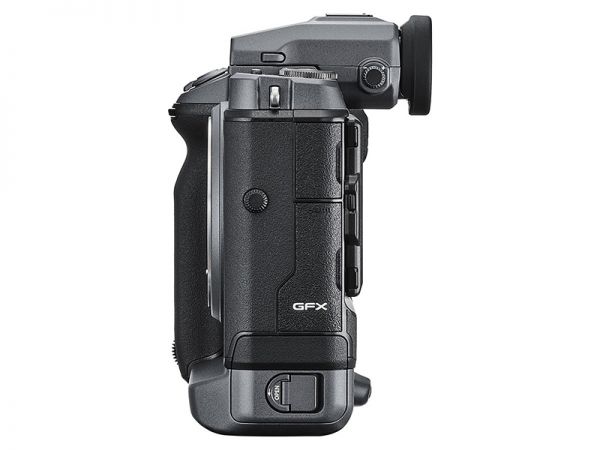 Compared to traditional medium format digital systems, the GFX100 raises the bar in AF performance by utilizing phase detection pixels across the sensor to help photographers obtain focus wherever they choose to position their subjects in the frame. With 3.76 million phase detection pixels, at approximately 100% coverage, near perfect auto-focus performance with speed and accuracy is now a reality for photographers needing optimum performance in subject tracking, face/eye detection and low-contrast environments. The effect is particularly notable when using fast prime lenses, achieving speed improvement of up to 210% over the conventional contrast AF system used in GFX 50R.

With a sensor size of 43.9mm x 32.9mm, the GFX100 supports filmmakers in achieving their creative visions. The new sensor and processor combination support 4K video recording at 30p with a unique cinematic look. It’s now a breeze to explore shallow depth-of-field, wide tonal reproducibility and extra high ISO sensitivity, producing high- quality video footage with detailed textures while reproducing three-dimensional definitions and even capturing the atmosphere of the scene. With the ability to apply Fujifilm’s highly respected Film Simulations (including ETERNA cinema film simulation mode), record in F-Log Rec 2020, and capture 4:2:2 10-bit uncompressed footage through the HDMI port, GFX100 should certainly be coming soon to a screen near you. 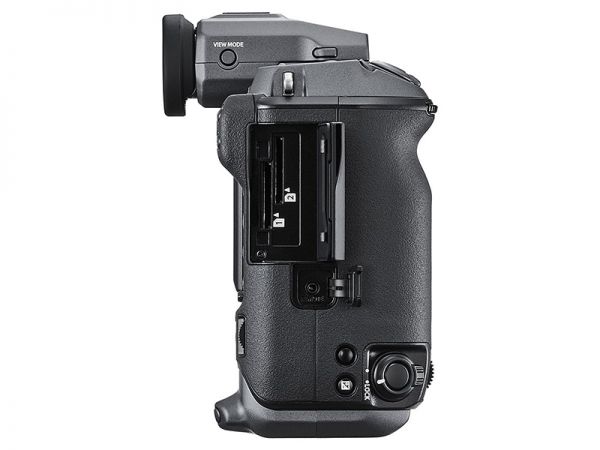 Maximizing its use for even the toughest conditions, the GFX100 has weather sealing in 95 locations across the camera body and detachable EVF to ensure an exceptionally high level of dust and moisture resistance. Photographers will have the opportunity to capture moments in even the most remote locations as the GFX100 can maintain reliable operation even under tough natural conditions.

Designed for protection, the GFX100’s core imaging unit, consisting of the lens mount, image stabilization mechanism and image sensor, has been structured completely separate from the main body panels. This “double-structure” is designed to ensure a high level of precision and robustness while minimizing resolution degradation caused by external stress to the body. To maximize usability, the GFX100 incorporates a vertical grip, enabling effective use of in-body space.

The combination of the newly-developed image sensor and the fourth-generation X- Processor 4 processing engine means the camera supports the 16-bit RAW capture requested by many professional photographers seeking files that tolerate heavy post- processing. The GFX100 also features the newly-developed “Smooth Skin Effect” function, which automatically smooths the skin tone of the subjects, as is often performed in portraiture. It allows the photographer to skip a portion of post-processing work so that images captured with this function can be finished at an extremely high level of perfection, faster.

The GFX100 will be the flagship model of the GFX Series of mirrorless cameras, which have garnered strong praise from professional photographers and photo enthusiasts for their use of 55mm large format image sensor, measuring 55mm diagonally (43.8mm x 32.9mm) and providing approximately 1.7 times the area of the regular 35mm full-frame sensor.

For details of product support and other information please visit https://fujifilm-x.com/en-us/special/gfx100.

1. First for a camera with image sensors larger than the 35mm full-frame format
2. Based on CIPA standard. Pitch/yaw shake only. With GF63mm F2.8 R WR lens mounted 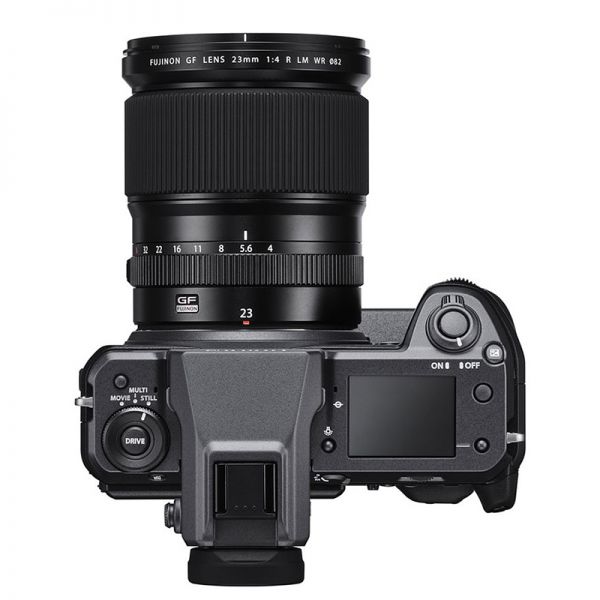