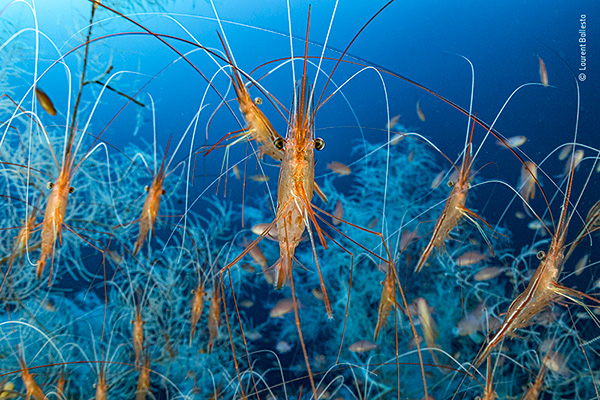 London’s Natural History Museum has revealed some of the finalists of its Wildlife Photographer of the Year 2021 competition. This year’s contest saw more than 50,000 entries from both professional and amateur shooters from around the globe.

Among the “Highly Commended” photos is a single image from the “Underwater” category: Laurent Ballesta’s lovely capture of narwhal shrimps among cold-water black coral. Another ocean-related image in the preview is a shocking photo of dead and dying herrings in the wake of a fishing vessel. The boat had caught too many fish, and when the purse-seine net was closed and winched up, it broke, releasing tons of crushed and suffocated animals.

The overall winners will be announced on October 12th during an online awards show broadcast live from the Natural History Museum. The exhibition of pictures at the Museum opens on the following Friday, October 15th, running till June 5th, 2022. Book tickets here.

Fret not if you didn’t get the chance to enter this year: Next year’s competition is opening on October 18th. 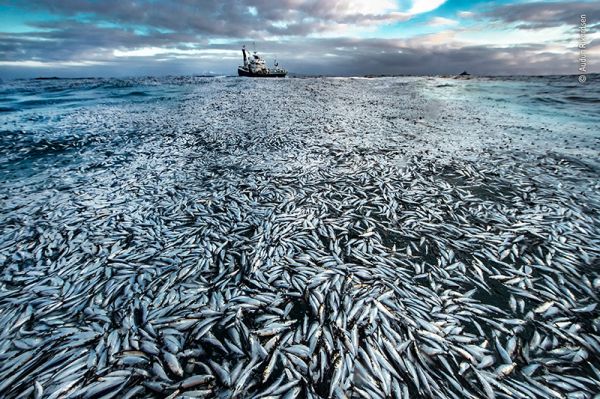 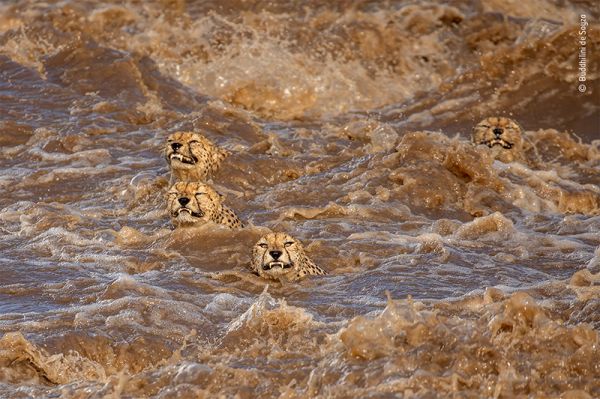 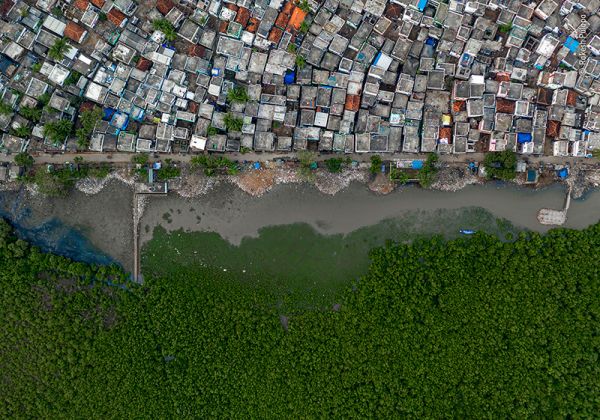