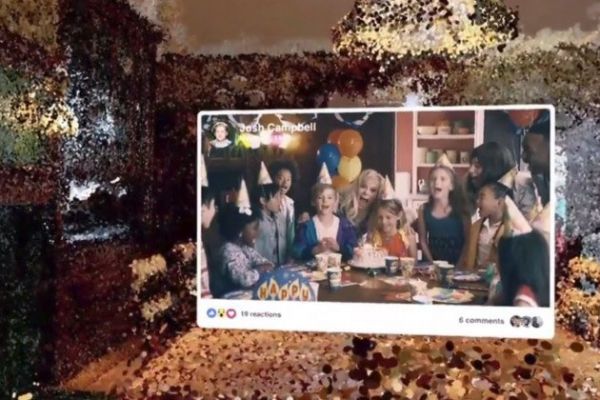 Underwater images transport us to a different world. But what if just a couple of photos taken dive could be used to recreate a 3D environment? Turns out, Facebook can do that.

The social media giant rolled out new technology that could generate 3D spaces from 2D photos at the F8 tech conference this week. The goal is to drum up emotions and feelings from the moment the picture was taken by re-immersing you in the environment.

The technology uses “photogrammetry,” which determines the 3D mapping by picking out single points within a photo. The end result of the photogrammetry and AI tools is a “point cloud reconstruction” of the 3D space. The images you’ve taken will appear in the same spots as they were taken in the space.

Right now, the digitally engineered space is a bit blotchy and more dream-like than realistic. But it’s definitely a sign of where things are headed—and maybe even one day the tech will work to relive memories through your underwater pics.

Check out this presentation from Rachel Franklin, Facebook’s head of social VR.