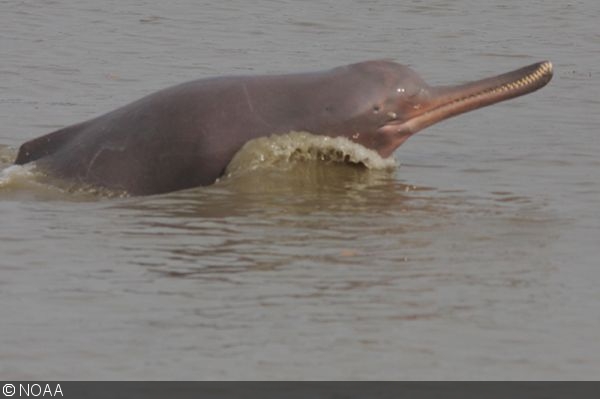 The World Wide Fund for Nature (India) and a local forest department counted 33 individuals—compared to just 22 individual animals in 2015. Also encouraging is that three of animals are juveniles.

“This is an encouraging sign as dolphins are slow breeders but their population is increasing as they find sustainable environments and habitat,” WWF-India Senior Coordinator Sanjeev Yadav told the Hindustan Times.

There are only four other freshwater dolphin species in the world. And there may be only three: The “banji” dolphin of China’s Yangtze River is believed to have gone extinct in 2006.