DPG Welcomes Keri Wilk To The Editorial Team
By Jason Heller, July 2, 2008 @ 02:00 AM (EST)
We are pleased to introduce you to the newest member of our growing editorial team. You may recognize the name Keri Wilk, as he has placed in pretty much every photo competition that we have organized so far. We are proud to have Keri on the team, and we look forward to having him out in the field and reporting for DivePhotoGuide!
Having grown up in a family of divers and underwater photographers (ReefNet Inc.), it is no surprise that this 23-year-old Canadian has already accumulated 13 years of underwater photography experience. Starting with the Nikonos series and progressing through various SLR's and DSLR's to his current D300, Keri has accumulated a large image library and vast diving experience throughout the Caribbean and the Indo-Pacific at a very young age, as he participated in all of ReefNet's coral reef research expeditions and photo shoots.

Other than in ReefNet's field guides, Keri's first published underwater image appeared in Sport Diver when he was 16. Since then, his work has appeared in dozens of other magazines, scientific journals, books, and museums. 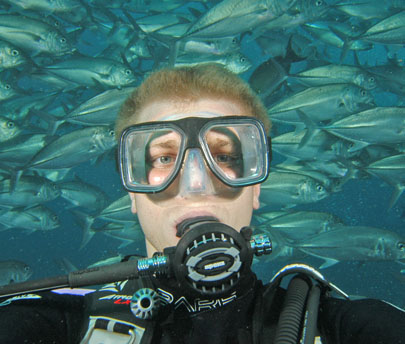 During his underwater explorations Keri has had a number of achievements --- the first photos ever recorded of about a dozen Caribbean fish species (some undescribed) and significant range extensions for a number of species. He and his older brother (Kris) recently published a scientific paper describing the first record of an Eastern Atlantic squirrelfish in the Caribbean basin. Another paper is in preparation describing a newly-discovered Caribbean goby.

He has just graduated from university as a mechanical engineer, and is now beginning his professional career designing and developing new products for ReefNet, making promotional DVDs for various resorts, and thoroughly documenting his travels around the world. Please join us in welcomign Keri to the DPG editorial team! Feel free to leave some welcome comments for Keri below... 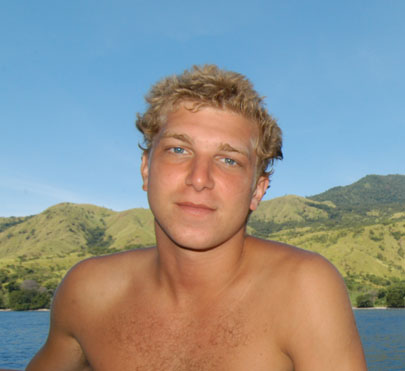