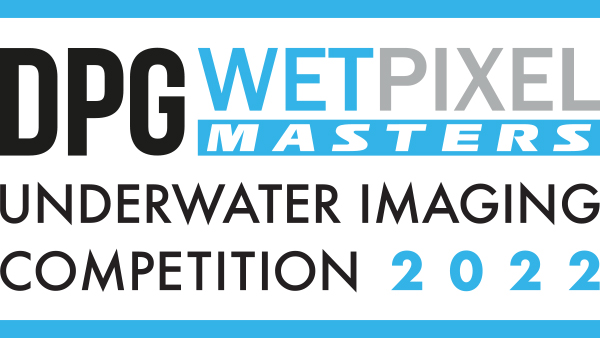 Our judges will be poring over your entries in only about a week from now and choosing the best images in the contest’s six categories—Traditional, Macro, Wide Angle, Over-Under, Black & White, and Short Film—and, of course, crowning the overall winner.

Visit the competition page on UnderwaterCompetition.com today and submit your entries. The deadline is Saturday, December 31st at 11:59PM PST! Erin Quigley is an award-winning photographer and Adobe A.C.E. certified expert in Lightroom and Photoshop. Her company, Go Ask Erin, provides education and post-production resources specifically developed for underwater photographers. Erin is a member of the Women Divers Hall of Fame, the Boston Sea Rovers, and the Ocean Artists Society. She teaches post-production and shooting techniques workshops worldwide. www.goaskerin.com Kurt Amsler is an underwater photographer and environmentalist from Switzerland. Kurt studied photography at arts school in Zurich, becoming one of Europe’s first professional underwater photographers. Over the years, he has received over 100 awards in international photo contests, while his countless magazine and newspaper articles have helped readers connect with the marine world. Kurt worked with dive pioneer Hans Hass to produce the 1985 documentary, The Maldives: Paradise Transformed, and has contributed to many other TV productions as a cameraman. He has authored 12 books on the subaquatic realm, as well as his well-received memoir A Life Behind the Camera. He has also been awarded for his environmental work, including recognition from the PADI AWARE Foundation. www.photosub.com Based in Solana Beach, California, Marty Snyderman has been making still photographs and films for almost 50 years. He has taught, written for various publications, given presentations about underwater image making, and judged contests for almost 45 years. Marty has been honored with a 2018 NOGI award in the Arts, an Emmy award for his cinematography, a Reaching Out Award from DEMA in 2008, and the 2020 California Scuba Service Award. He serves as the Photography Ambassador for Atlantis Dive Resorts and Liveaboards. www.martysnyderman.com Renee Capozzola is an award-winning underwater photographer who specializes in wide-angle and split-level images. Her work is an intriguing combination of artistic talent honed through oil painting during her youth, a professional background in biology, and growing up by the ocean as a Southern Californian native. Her images have been awarded over 50 prestigious international accolades, including “Underwater Photographer of the Year 2021” in the Underwater Photographer of the Year competition and the “Female Fifty Fathoms Award” from Blancpain through the 2021 Ocean Photography Awards. Her work has also appeared throughout the world in leading online dive publications and in print, including National Geographic, and she has been featured by multiple news outlets. www.beneaththesurfaceimaging.com Tom St George discovered a passion for diving over 20 years ago after emigrating from the UK to New Zealand. A decade later, the wanderlust struck again but with renewed force, motivating him to quit his office job and travel the world. When he settled on the Caribbean coast of the Yucatán Peninsula, Mexico, it was in cenotes that his dual obsessions of scuba diving and photography truly came together. He is best known for his award-winning images of these underwater caves, which have been published worldwide. Tom now works full time as a photographer and also offers underwater photography coaching and group workshops. www.tomstgeorge.com William Tan has been fascinated with the creatures of the sea since childhood. While studying at the Johns Hopkins University (USA), much of his spare time was spent gazing at the extensive marine collection of the nearby National Aquarium in Baltimore. A violinist with the Singapore Symphony Orchestra, William earned his scuba diving certification in 1994. Thereafter, without his prized antique Italian violin, he travels extensively between concert seasons throughout the Pacific region photographing marine life for scientific institutions, camera and housing manufacturers, tourism organizations, dive magazines and resorts. www.facebook.com