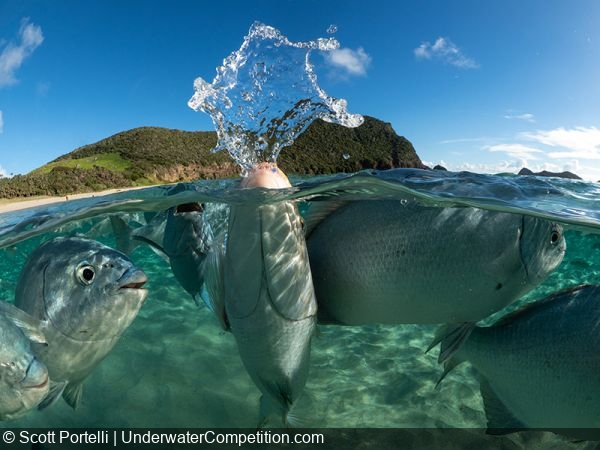 DPG and Wetpixel are proud to announce the winners of the DPG/Wetpixel Masters Underwater Imaging Competition. Our esteemed panel of judges—David Doubilet, Stephen Frink, Erin Quigley, Scott “Gutsy” Tuason, Keri Wilk and Tony Wu—pored over a huge number of entries submitted by shooters from around the world. As usual, awesome gear and dive travel prizes (worth around $55,000) were up for grabs, as well as a $1,000 cash prize for the “Best of Show” image.

At the end of the day, it was Australia-based photographer Scott Portelli who took the “Best of Show” prize for his brilliantly captured over-under of an emperor fish tussling for position among a school of silver drummer in the shallows at Lord Howe Island, Australia. In the image, which claimed Gold in the Wide Angle Unrestricted category, the emperor is spurting a jet of water out of its mouth in an effort to distract the other fish from a nabbing food scraps left by tourists hoping to observe the behavior.

Commenting on Scott’s winning image, Doubilet said: “This is that moment we might see but rarely capture. This is literally crystal-clear behavior.” Gutsy added: “Nailing a spit shot is difficult, and adding a behavior is the cherry on top.” Keri Wilk summed up the shot perfectly: “What we all strive for as photographers: a painfully common subject, captured in an absolutely unique way. The combination of eye contact, dynamic behavior, and technical excellence make this a clear winner.”

See below for the full set of winning images and videos or check out UnderwaterCompetition.com. The winning photos and films will be presented at the inaugural Wave Film Festival in Chicago tonight. Our congratulations to all the winners—and honorable mentions—in the various categories. 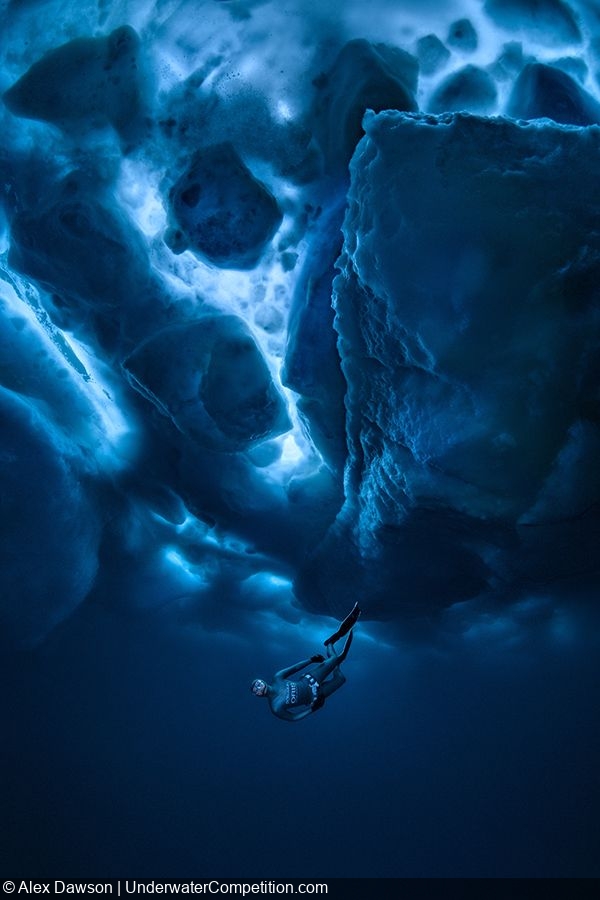 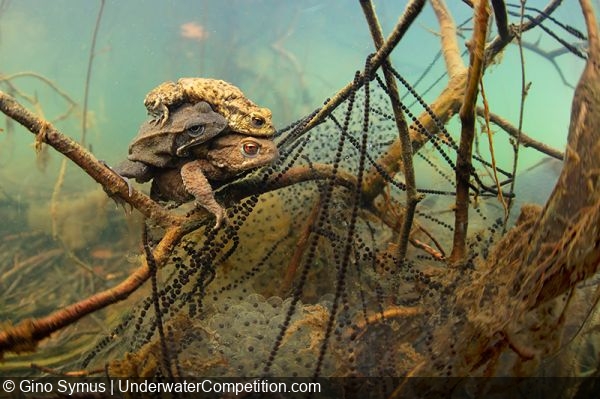 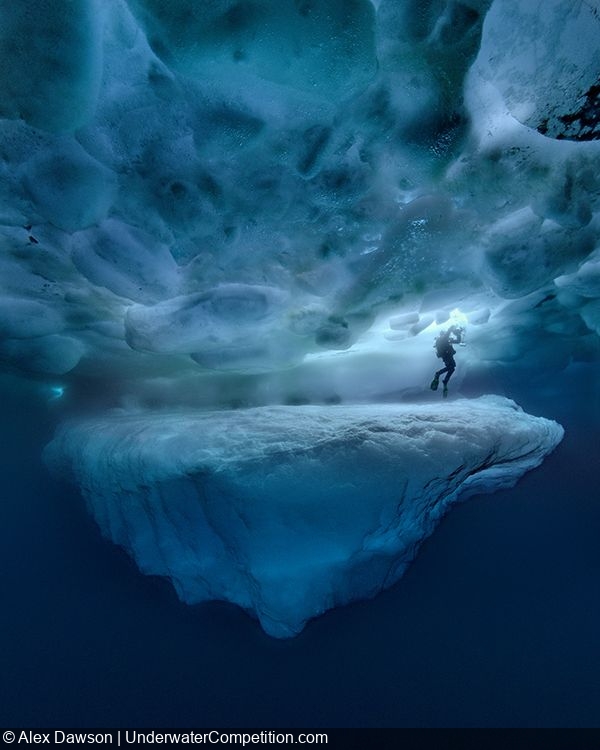 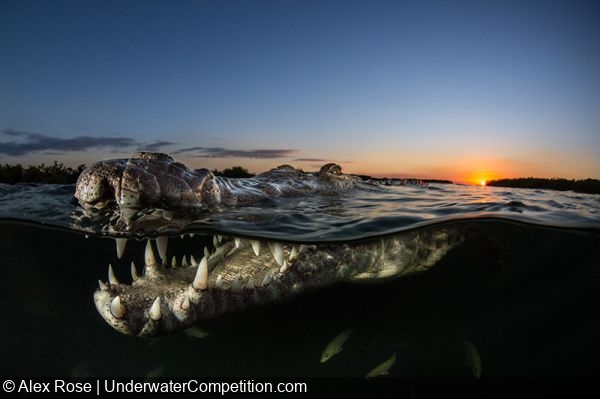 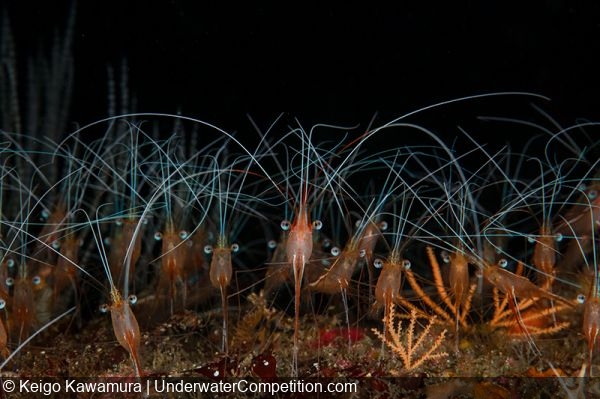 Macro Unrestricted – Gold – “Eyes” by Keigo Kawamura
PRIZE: One week of diving at Sam’s Tours and accommodations at Caraline’s, Palau 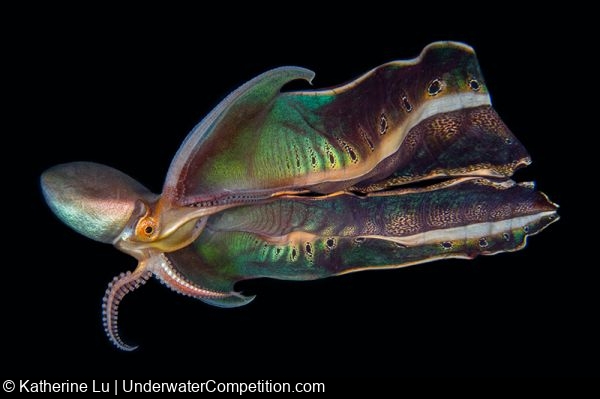 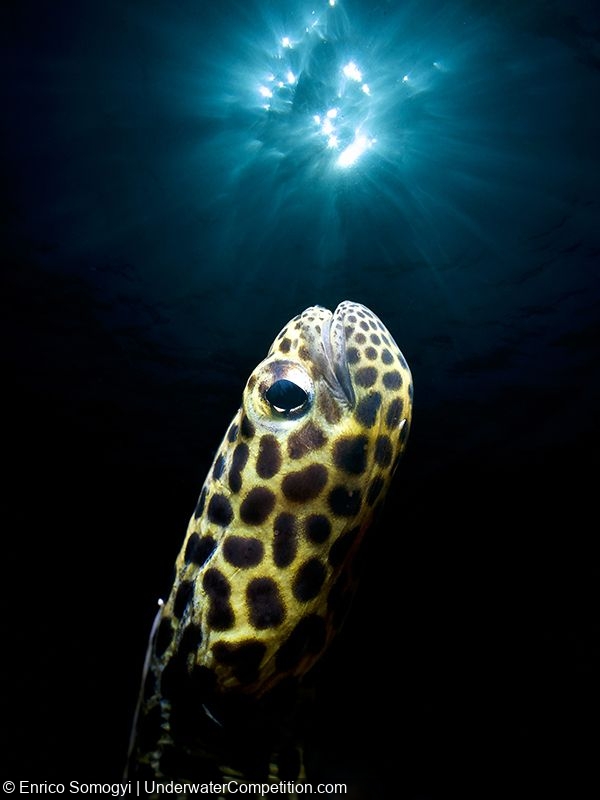 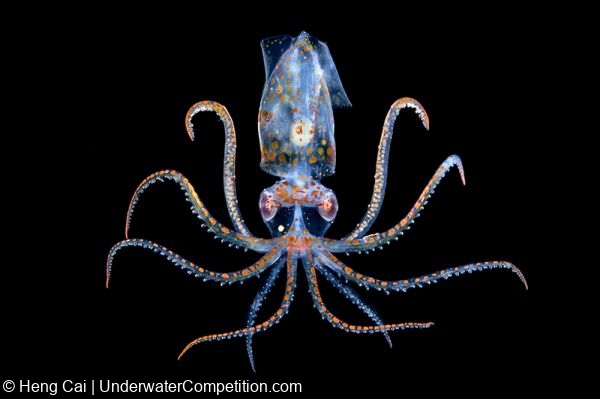 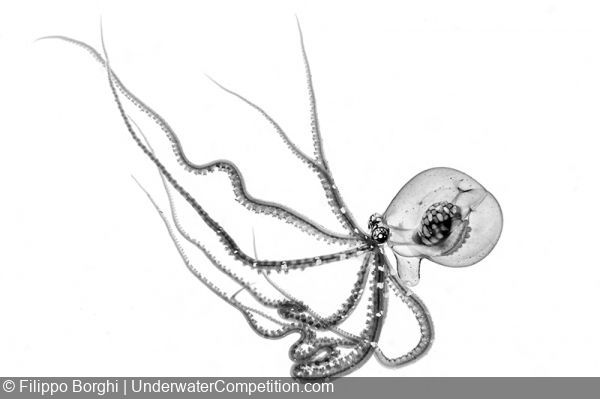 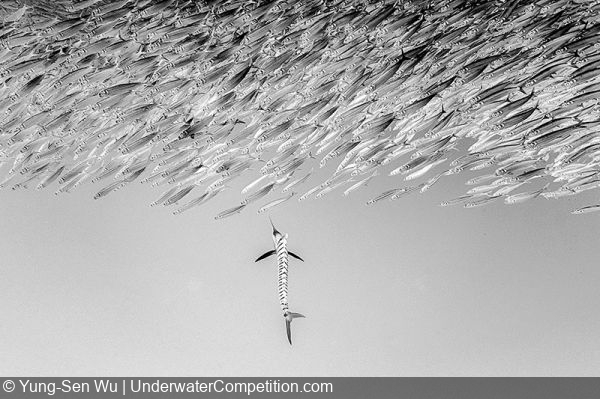 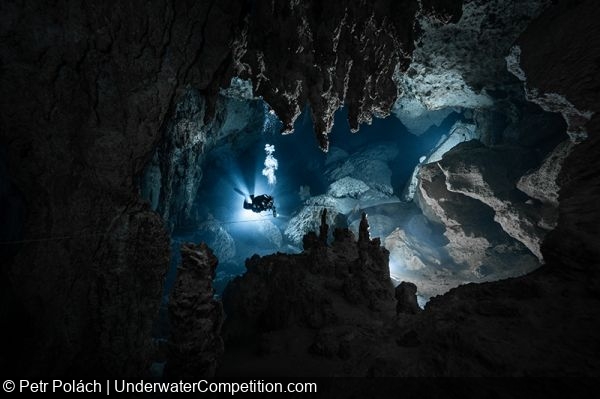 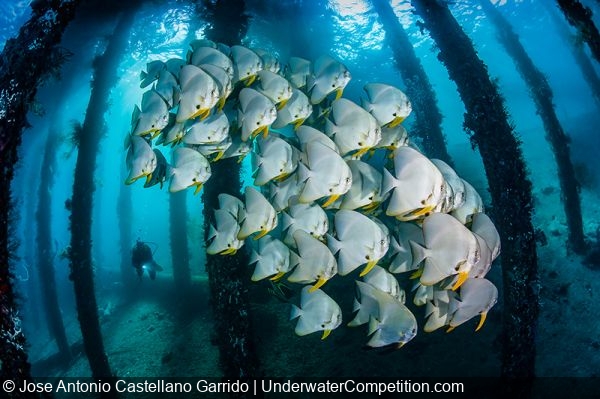 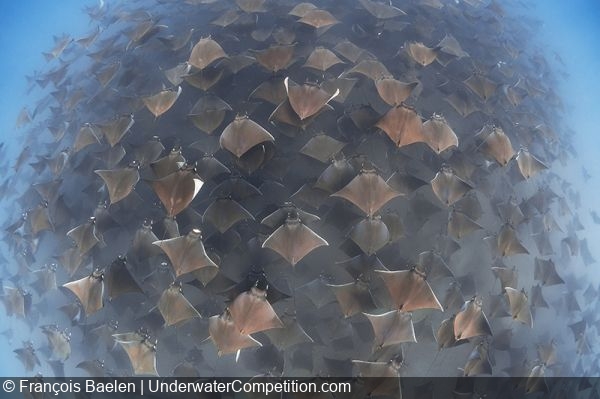 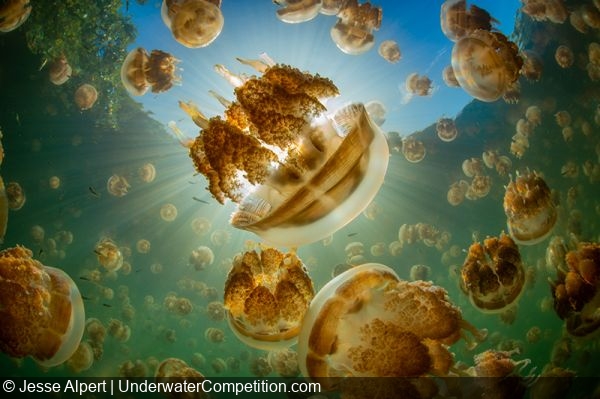 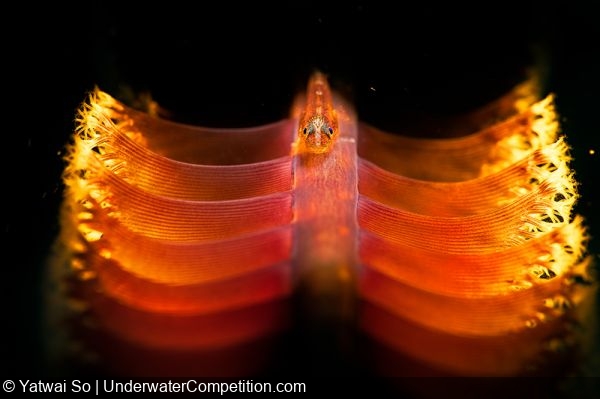 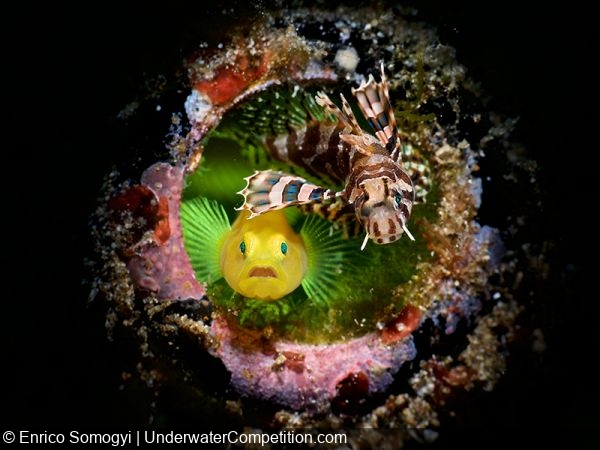 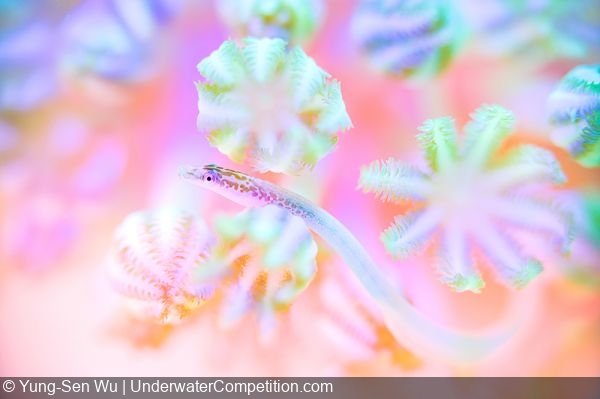 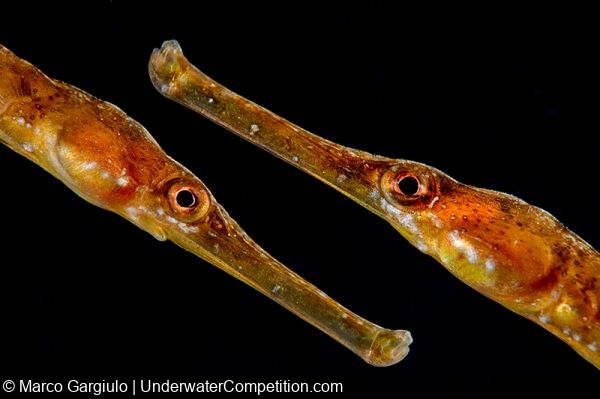 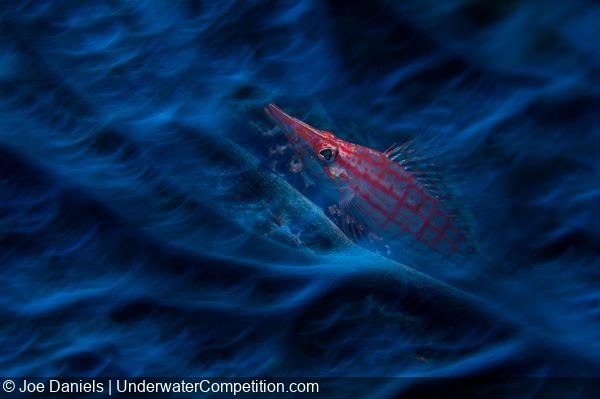 Video – Gold – “The Calling” by Evan Sherman
PRIZE: One week of diving at Sam’s Tours and accommodations at Caraline’s, Palau