The DPG Monthly Photo Contest Judges
By Matt J. Weiss, April 7, 2010 @ 01:12 AM (EST)
Ever wonder who chooses the winners of the DPG monthly photo contests? In addition to DPG Publisher Jason Heller and Editor Matt Weiss, we have put together a team of underwater photographers that have won their fair share of competitions themselves.  If you follow the underwater photography competition scene at all, these names will be very familiar to you. In case you haven't heard of them, check out the credentials. 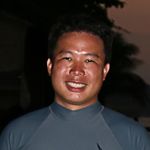 Jeffrey De Guzman
Jeff De Guzman is an underwater photographer based in the Philippines.  His work has been widely published and he has won numerous awards.  In 2009,   Jeff won 2nd place (Super Macro Traditional) in Our World Underwater and 1st place in Macro Category Scuba Diver Australasia TTL photo contests. He has already won a few in 2010 too, including the Our World Underwater and British Underwater Festival competitions. 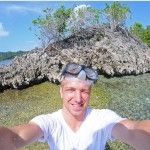 Although he is only 25, Keri Wilk has already accumulated more underwater photography awards than most photographers will in a lifetime. His 77 total   awards (21 1st places, 31 2nd/3rd places, and 17 honorable mentions) must rank him amongst the most successful underwater competition photographers ever.  Listing the highlights of his competition winnings would take too long, but perhaps his most impressive feat was nearly sweeping the 2010 Our World competition with three golds, two silvers and an honorable mention. 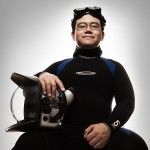 A physician/scientist by training, Yeang Chng has taken the underwater photography scene by storm since he started shooting underwater in 2004. His winnings are numerous, but highlights of his competition career include: The Windland Smith Rice International Awards 2009, Oceans Category Winner; American Photo Images of the Year 2007, Nature; Beneath The Sea 2010, Best of Show in Underwater Photography & David Doubilet Award for Excellence in Underwater Photography, and many other 1st place wins.

In other words, our competitions are judged by the guys who know how to win them.

Kay Wilson wrote:
How about a competition for UW set ups that cost <US$750?

Or for Natural Light UW photography. There are a lot of folks who are talented photographers, but who do not have the thousands of dollars to spend on kit, travel, or excess baggage!

This would be a great way of making this pass time more inclusive, and encourage photographers who otherwise might just give-up...

Another suggestion would be to include a 'Marine Related' section every once in a while, to give an opportunity to see some topside sea action, and promote destinations for there photogenic qualities too!

Starting this hobby as college student, I completely understand your concerns. It would be very hard to determine how much a photographers underwater set up is worth, though. Someone can always claim bought all the fancy gear used for less than 1000 dollars.

What we try to do is to select the winners based on the quality of a "photograph," not just the image of the most bizarre or interesting subject that is found in a exotic destination. Take March's winner for example, it's of a blenny, a species found all over the world. It was the lighting, which could've easily be executed with a small, simple set-up that made it such an amazing shot. It was not his set-up that won Mark Fuller the 1st place, but his creativity.

Sure, not being able to spend a lot of money on a fancy rig or exotic travel will put someone at a handicap, but hopefully that inspires them to try to be more creative with what they have and make some amazing images rather than just give up!
You must be logged in to comment.
Support Our Sponsors
Advertise With Us
Newsletter
Travel with us 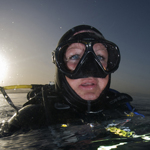