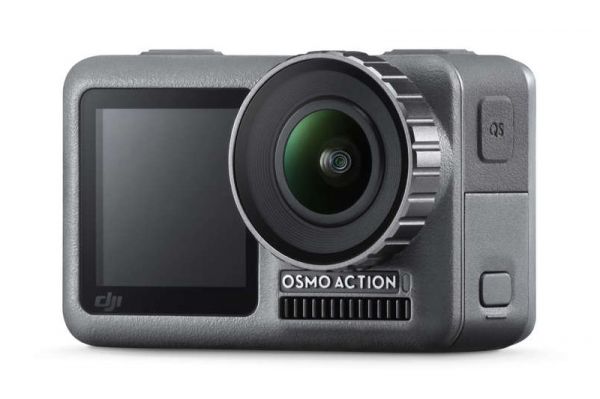 Chinese drone maker DJI has released a new action camera called the Osmo Action. Evidently designed to go head-to-head with the GoPro HERO series, the Osmo Action features a 1/2.3-inch sensor and an f/2.8 lens with a 145° field of view, and is capable of shooting both 4K video and 12MP RAW stills. Out of the box, it’s dustproof, shockproof up to 5 feet (1.5m), freezeproof down to 14°F (–10°C), and waterproof to a depth of 36 feet (11m). Not unsurprisingly, an external housing is available that will allow you to go deeper—to 200 feet (60m).

The Osmo Action has RockSteady electronic image stabilization (EIS) technology on board, but using it comes with a crop factor of 18–22%, according to DJI estimates. There’s also a de-warp function that tames the exaggerated perspective of the wide-angle lens. The camera sports dual displays: a 2.25-inch rear touchscreen for composition and menu navigation plus a 1.4-inch front LCD for framing yourself. 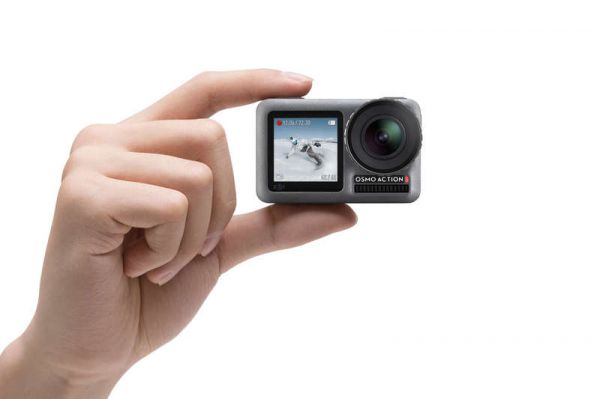 The Osmo Action can be paired with your smartphone via Bluetooth or Wi-Fi, giving you the ability to not just transfer content, but also compose, capture images, and change settings. The camera accepts microSD/SDXC/SDHC cards up to 256GB and the battery can be charged via the USB-C port. The battery is good for 116 minutes when recording at 1080/30p, or 91 minutes at 4K/30p with RockSteady image stabilization.

Shipping with a camera frame, battery, USB-C cable, plus various other accessories, the Osmo Action has an MSRP of $369. 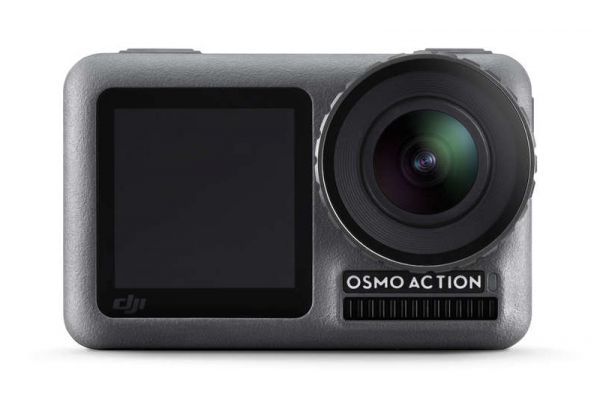 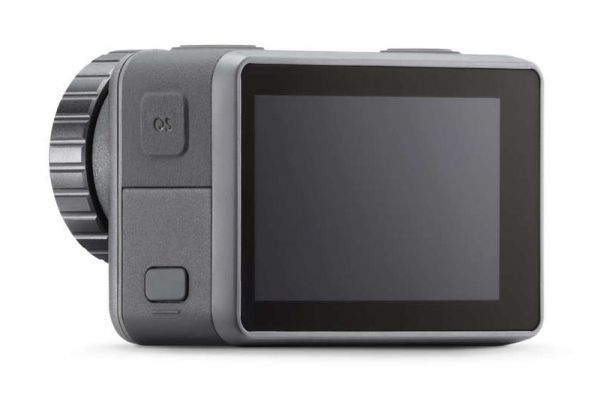 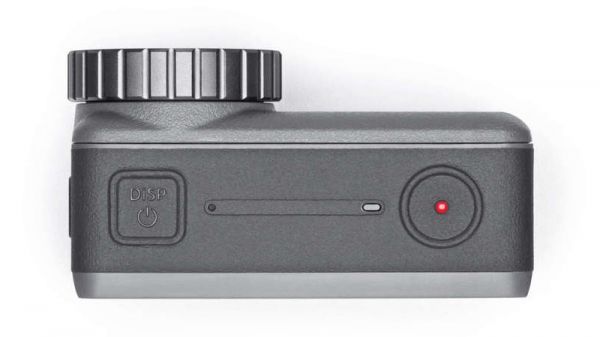 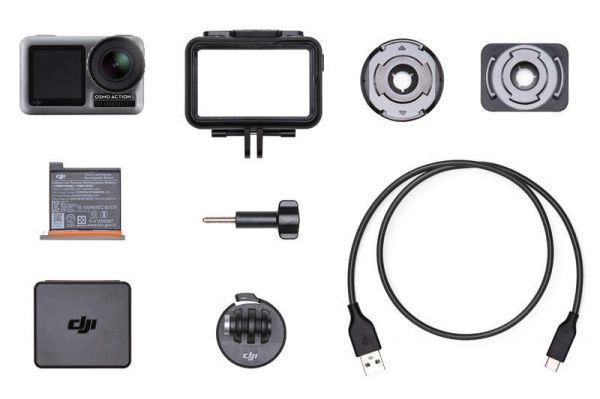