Disney Responds Regarding Shark Tournament Involvement
By Jason Heller, July 27, 2008 @ 02:00 AM (EST)
In the wake of our coverage of the various shark tournaments and the damage they are creating, both physically to local shark populations as well as perceptually by glorifying the killing of sharks, we identified that Disney has violated their own code of ethics by continuing their involvement in the broadcast of the Quiznos Madfin Shark Tournament on ESPN2.
Beyond the ethical issues regarding shark tournaments locally, Disney & ESPN are broadcasting them nationally. This is causing more perceptual damage than all of the other l 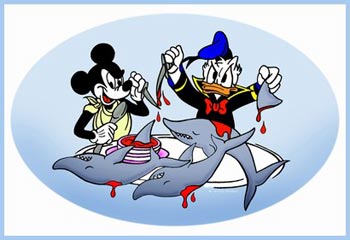 ocal competitions, and it is unacceptable. Disney is also in clear violation of their code of ethics regarding the environment, which states: “Environmentality was established as a fundamental ethic designed to blend the company’s business needs with the corporate-wide conservation of natural resources. Adherence to this philosophy helps us attain our strategic goals while demonstrating that environmental stewardship can work-in-hand with the protection of Disney’s assets and enhanced profitability.”.
Disney investors should notify Disney that they will dump their stock as a result.
Disney opts for the advertising revenue generated from the sponsorship of this environmental atrocity, rather than adhering to their moral obligation to end their involvement.

CEO of Disney Bob Iger is in receipt of our letter and has asked tE. Tom Ricks, the VP & General Manager of ESPN Outdoors to respond to us. His response appears below:

"Dear Mr. Heller,
Mr. Iger has read your letter and has asked that we respond.
We acknowledge the concerns some people have regarding some of the outdoors programming we offer. We believe that this genre has a place within the wide range of offerings we provide and has a strong following. We do, however, place great emphasis on the manner in which the material is presented, stressing the technique -- including safety -- and the ethics, knowledge and tactics used.
We understand that programming choices are very subjective and every ESPN offering has its supporters and detractors. Your feedback is appreciated.
Again, thank you for taking the time to write and sharing your views with us."

Basically the reply says that since there is an audience and advertiser support, that  being involved in an ethically questionable activity is ok.
I will reiterate that this is not the first time that the Walt Disney Company was involved in a shark related issue. Just two years ago, Disneyland Hong Kong was also in violation of the corporate code of ethics, although at odds with local tradition, for serving shark fin soup at its restaurant. The soup has since been removed from the menu after a backlash from consumers, the media, and stockholders worldwide, and likewise - The Quiznos Madfin Shark Tournament must be pulled from the air and the web.
It is Disney's moral responsibility and anything less is hippocricy at its finest.
Support the ocean by writing letters. Quiznos must back out of the ESPN2 "Madfin" shark tournament. It is unacceptable. Email Quiznos here.

ESPN is owned by Disney, we must let them know that this is unacceptable and that we will dump their stock and persuade as many others to do so as well. Email Disney investor relations and let them know how you feel! 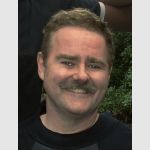