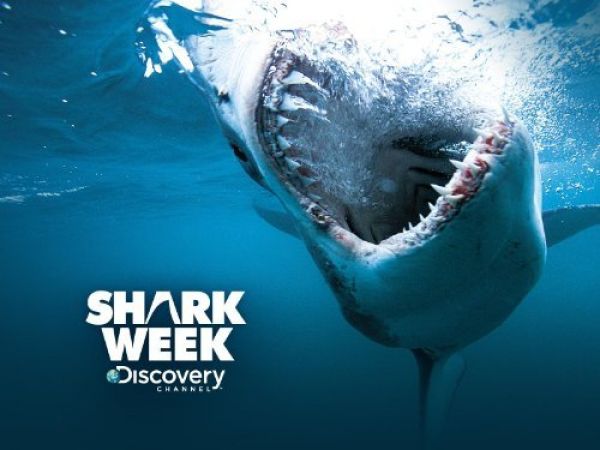 It’s baaaaaaaack. Discovery’s toothy (and often controversial) Shark Week returns for its 28th year this June 26-July 3. The lineup for the chondrichthyes-crammed week of programing has surfaced—and for the most part it looks fairly gimmick-free.

New and exciting this year is the use of virtual reality, interactive 360-degree video to share additional content (yes tech nerds, we know 360-video isn’t automatically considered VR, but that’s what Discovery is calling it). Through the DiscoveryVR app users will be able to share the same experience as several of the shark experts in the shows.

Of course, the programing includes a smattering of sensationalized titles we’ve come to have a love/hate relationship with: “Air Jaws: Night Stalker,” “Deadliest Shark,” “Nuclear Shark,” and “Wrath of a Great White Serial Killer” all caught our eyes.

We’d like to highlight a couple interesting shows that feature friends of DPG. Joe Romeiro jumps into the waters off of New England in search of a 1000-pound monster mako shark—at night!

UnderwaterCompetition.com and award winning videographer Andy Casagrande travels up Costa Rica’s Serena River to learn about the bull sharks that are able to survive in freshwater. You can also join Andy through virtual reality as he searches for the missing great whites of Australia’s Neptune Island in “Isle of Jaws.”

Eulalie Mouret wrote:
I could love to go there too
You must be logged in to comment.
Support Our Sponsors
Advertise With Us
Newsletter
Travel with us