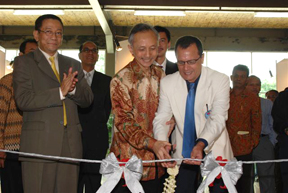 The exhibition was officially opened on Thursday 29th March 2007 by the Director General of Minister of Culture and Tourism Republic of Indonesia, Mr. Sambudjo Parikesit, accompanied by the President of Indonesia Subaquatic Sport Association (ISSA), Mr. Djoko Pramono.

Covering 3000 sqm of space, the exhibition featured a diversified range of more than 70 exhibitors who filled the hall at Semanggi Expo in the center of Jakarta with a range of displays consist of the whole spectrum of diving & marine sports including  equipment manufacturer & distributors, diving clubs, dive resorts & liveaboards, boat manufacturers,  governmental bodies, marine conservation agencies and marine related publications. 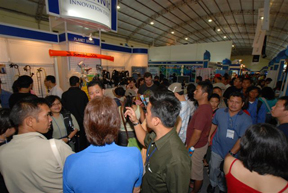 Despite the rescheduling  of the show, most  exhibitors including international exhibitors such as PADI Asia Pacific, NAUI Pacific Rim Services, Scuba Schools International, Tigullio, Scuba Diver Australasia Magazine and Action Asia Magazine, seem satisfied with the result and was surprised by the outcome of the show.

The exhibition also hosted a series of supporting events that had marine conservation as their theme including a range of seminars by Coremap II, Reefcheck, National Geographic Indonesia, an International Underwater Photography Competition in association with DivePhotoGuide.com & Wetpixel.com and a Children’s Poster and Drawing Competition. PADI also hosted a Member’s Forum that attracted 70 participants. 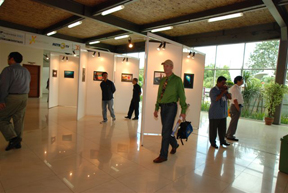 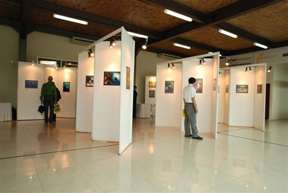 Show attendees were delighted with the exhibition of the winning images of the first annual DEEP Indonesia competition. Underwater photographers from all over the world competed in the competition, and the final results yielded amazing examples of the beauty and wonder from our oceans. 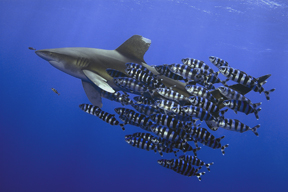 You can see all the beautiful winning images from the competition here.

Winning photographers hailed from 11 different countries and from all walks of life.

Congratulations again to all the winners! 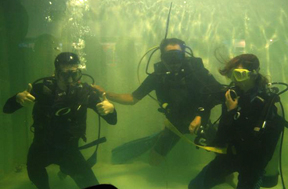 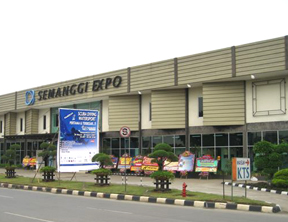 DEEP Indonesia 2007 has been judged a great success by X-Net, the organizer, based on the positive feedback from all the exhibitors and the large number of visitors who attended and X-Net is certain that DEEP Indonesia 2008 to be held at the Jakarta Convention Center from 28th to 30th March 2008 will be an even greater success with a number of the exhibitors already reserving larger spaces for this show.

The teams at DivePhotoGuide and Wetpixel want to thank the organizers of DEEP Indonesia, PT Exhibition Network, and particularly Dharmawan Sutanto, for a great show. It was a fantastic integration of a world class international competition and photo exhibition. Despite having to reschedule and move locations, the show still went on. We know how much work that must have been. DEEP Indonesia is an exposition in the heart of a region that holds a special place in the hearts and minds of underwater photographers everywhere. We are glad to have been a part of the show from the inaugural year, and wish DEEP Indonesia much success in the future. We look forward to hosting the photo competition again next year.