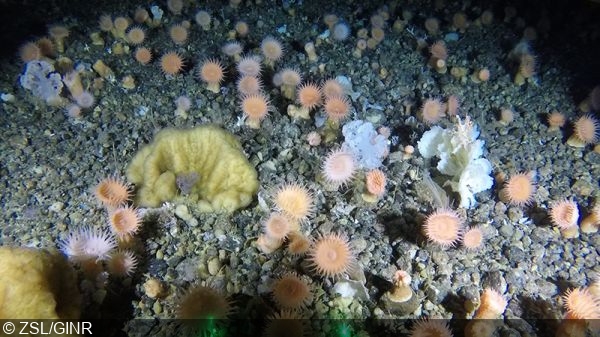 Scientists from University College London (UCL), Zoological Society London (ZSL), and Greenland Institute of Natural Resources have discovered a deep-sea soft coral garden in Greenland. It’s the first time that such a habitat has been identified and studied in west Greenland waters. The habitat—which exists in near total darkness more than 1,600 feet below the surface at a pressure of 50 atmospheres—is presented in a new Frontiers in Marine Science paper.

To probe the depths, the team developed an innovative, low-cost towed video sled, which features a GoPro, lights and lasers in specially built housings, mounted on a steel frame. The sled—which is the size of a small car—was placed on the seafloor for about 15 minutes at a time across 18 different areas, with some 1,239 images extracted from the video footage for analysis. The diverse habitat features cauliflower corals, feather stars, sponges, anemones, brittle stars, hydrozoans, bryozoans, and other organisms. 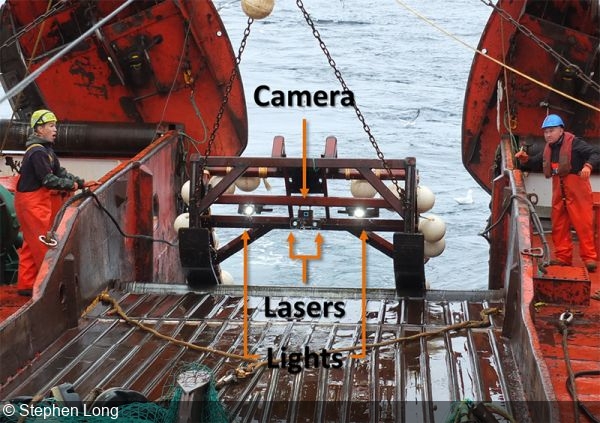 Deep-sea camera system with a GoPro camera in the center

“The deep sea is often overlooked in terms of exploration. In fact, we have better maps of the surface of Mars, than we do of the deep sea,” says first author on the study Stephen Long, who is affiliated with both UCL and ZSL. “The development of a low-cost tool that can withstand deep-sea environments opens up new possibilities for our understanding and management of marine ecosystems. We'll be working with the Greenland government and fishing industry to ensure this fragile, complex and beautiful habitat is protected.”

The Greenlandic economy is dependent on a small number of deep-sea trawl fisheries, which are right next to the habitat. As such, the researchers hope to have an area of 188 square miles recognized as a vulnerable marine ecosystem (VME) to ensure its protection. 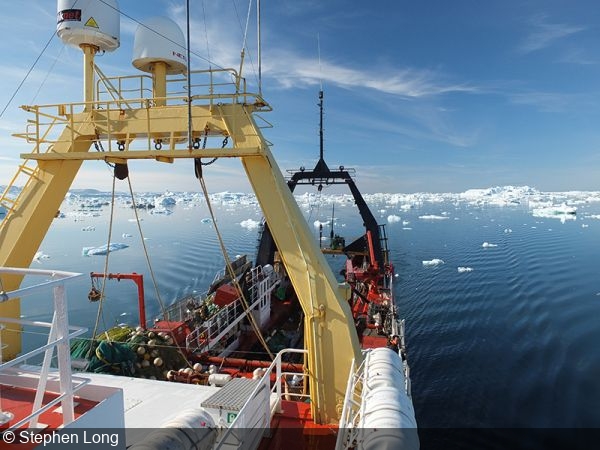