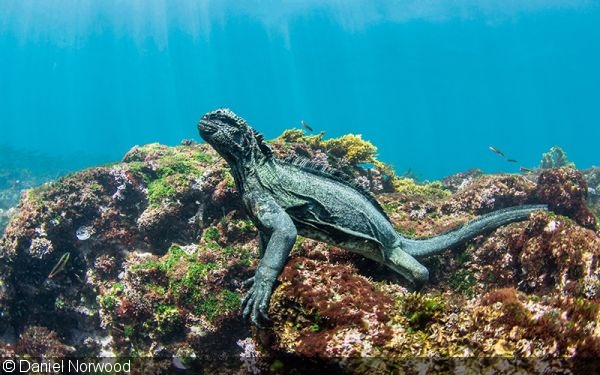 As politicians from around the world attending the COP26 climate conference in Glasgow, Scotland hammer out targets for cutting greenhouse gas emissions, Ecuador’s President Guillermo Lasso made a different but equally welcome pledge: “I announce the declaration of a new marine reserve in Galápagos. It will be nothing less than 60,000 square kilometers to be added to the existing reserve.”

The move will expand one of the world’s largest marine protected areas, which is currently approximately 133,000 square kilometers, by about 45%, to a total of nearly 75,000 square miles, adding the Cocos Ridge, a feeding and migration area for endangered species that extends toward Costa Rica. The additional area will be divided into two zones of roughly equal size. The first will be a no-take zone between Ecuador and Costa Rica where fishing will be totally banned, while the second, northwest of the current protected area, will allow fishing but damaging longline fishing will be prohibited.

Conservationists have applauded the decision, but some have warned that resources must be put in place to properly protect the enlarged reserve. In 2020, around 260 mostly Chinese-flagged fishing vessels, spotted at the edge of the protected zone, were accused of “pillaging” the area for squid. In 2017, a single Chinese vessel was caught inside the marine reserve with some 300 tons of marine life, most of it sharks. President Lasso said Ecuador will seek to swap debt for conservation, allowing the country to finance the preservation of the reserve and invest in better infrastructure and technology.

Find out more about the amazing imaging opportunities in this archipelagic jewel of the Pacific Ocean in our “Underwater Photographer’s Guide to the Galápagos.”