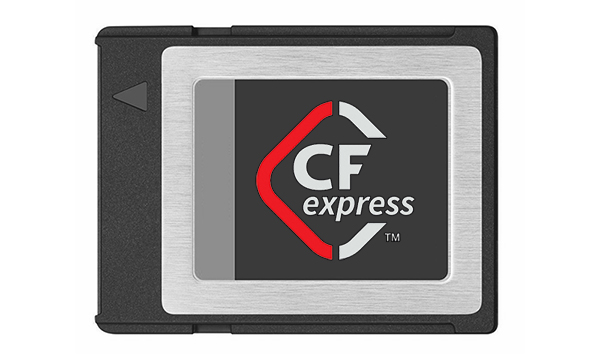 An update to the CFexpress 2.0 specification announced in February has revealed a total of three form factors—Types A, B and C—targeting the industrial and professional imaging markets.

The CompactFlash Association says the specification is designed to cater to various imaging applications, including DSLRs, mirrorless cameras, video cameras, and drone cameras.

CUPERTINO, Calif. – Feb. 27, 2019 – The CompactFlash Association (CFA), the organization responsible for professional removable media specifications such as CompactFlash®, CFast® and XQD®, and the CFexpress® 1.0 specification, now announces the CFexpress® 2.0 specification which expands the spec to include two additional form factors for professional imaging and industrial markets that require performance and quality recording media for high‐speed capture and transfer.

CFexpress was created to become a standard that can span many market segments and provide a stable and consistent format to fully leverage the industry’s R&D investments in technology and help reduce churn in the market surrounding standardized and proprietary recording media formats.

CFexpress 2.0 increases the portfolio of PCIe based removable Flash memory cards. The demand for sustained high performance with balanced power and optimized thermal dissipation shall be met with the new next‐generation plug and play capability form factors.

The new form factors are designed to meet specific requirements for applications in various verticals:

The three form factors – designated as Type A, with 1 lane of PCIe, Type B, with 2 lanes of PCIe, and Type C with 4 lanes of PCIe – support up to a maximum theoretical performance of up to 4000MB/s and offers host vendors design flexibility with a form factor size. 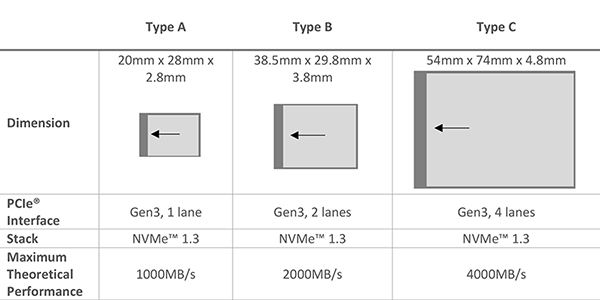 The CFA works closely with its ecosystem of partners to design and implement specifications that make a difference to the industry. The board is pleased to help advance the industry.

Mr. Hiroshi Noda of Canon and the CFA co‐chairman of the board said, “As co‐chairman of the CompactFlash Association I am pleased to introduce CFexpress* 2.0. The introduction of these three new form factors will support both the current and future needs of professional photographers, videographers and cinematographers and will standardize removable media storage on the established PCIe® and NVM Express® ecosystems.”

“The CFexpress* 2.0 will enable many hardware manufacturers to create next generation higher resolution and multi sensor cameras. I am excited to see what the coming years will bring for the industry,” said Mr. Nobuhiro Fujinawa, of Nikon and co‐chairman of the CFA board.

CFA has recently added several new members interested in CFA's next‐generation and higher‐performance standards. CFA invites host and media companies interested in supporting the new CFA specifications to also join CFA as members. Membership enables participation in CFA work groups and access to draft specifications before they are approved and available for purchase by non‐members. The new CFexpress* 2.0 is available for members only.

More information can be found at http://www.compactflash.org.