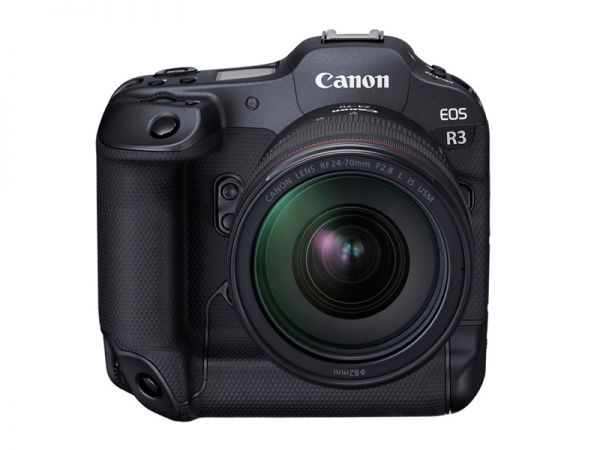 After spending several weeks offering some tantalizing clues about its latest full-frame mirrorless camera, Canon has finally lifted the curtain on the EOS R3. The camera is built around a home-grown 24.1-megapixel back-illuminated stacked CMOS sensor—a first for Canon—that promises ultra-fast readout speeds and “much lower” rolling shutter “than previous EOS models.”

The new sensor allows the EOS R3 to shoot continuously at up to 30fps—in electronic silent shutter mode—with no blackout. Up to 12fps burst shooting with the traditional mechanical shutter is also possible. The EOS R3 supports flash sync with its electronic shutter at up to 1/180s (at up to 15fps). The camera also has an on-sensor image stabilizer providing up to 8 stops of shake correction.

The EOS R3 is equipped with Canon’s most sophisticated autofocus system yet: Dual Pixel CMOS AF II with 1,053 autofocus points; the ability to lock onto and track objects anywhere in the frame and recognize cars and motorcycles as well as eyes, faces and bodies of humans and animals (dogs, cats, and birds, but apparently not fish); and Eye Control Autofocus, which allows you to activate AF just by looking at the point you want in focus. (It’s not clear how well this will function when the camera is inside an underwater housing, however.)

To round things off, there’s a new Canon-made 5.76M-dot OLED EVF with a refresh rate up to 120fps, a vari-angle 3.2-inch 4.3M-dot touch-enabled rear LCD, and dual slots for CFexpress and UHS-II SD memory cards.

Available from November, the Canon EOS R3 will have an MSRP of $5999.

MELVILLE, NY (September 14, 2021)  Building on the success of the EOS R camera series, Canon U.S.A. Inc., a leader in digital imaging solutions, today announced the next leap forward in full-frame mirrorless cameras – the professional-grade Canon EOS R3. The new camera leverages the advancements in technology that Canon has developed since the original EOS R launch in 2018 and bridges the gap between the immensely popular EOS R5 and the world-renowned Canon flagship EOS-1D X line. The EOS R3 is the first ‘3’ series camera from Canon since the widely used EOS-3 film camera was launched in 1998. 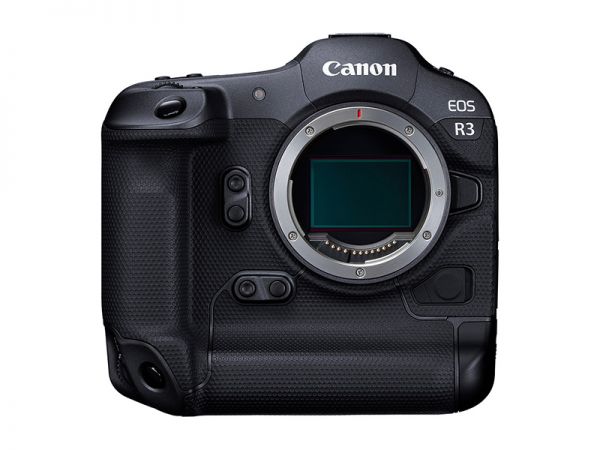 The EOS R3 camera’s features greatly emphasize superb AF performance and speed with fast-moving subjects. It was designed to meet the reliability and durability demands of professionals, even when working in some extremely challenging conditions.

‘The launch of the EOS R3 sets a new benchmark for the Canon EOS R camera system. Canon listened carefully to the voices of professionals when developing a camera to meet their standards,’ said Tatsuro ‘Tony’ Kano, executive vice president, and general manager of Canon U.S.A.’s Imaging Technologies & Communications Group. ‘The EOS R3 is a monumental evolution in digital imaging technology. I look forward to seeing the camera in action on the sidelines of sporting events and in the hands of nature and wildlife photographers across the globe.’ 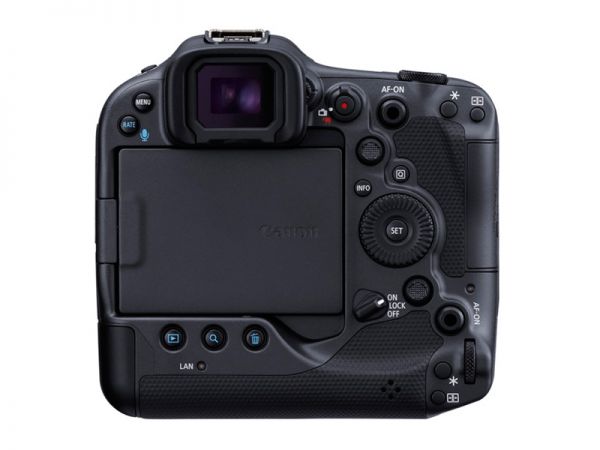 The core of the EOS R3 features a Canon designed and manufactured 24.1-megapixel back-illuminated stacked CMOS sensor. The sensor is the first of its kind from Canon, and when combined with the DIGIC X processor, delivers a high-speed readout allowing for continuous blackout-free shooting1 at up to 30 fps in electronic (silent) shutter mode and up to 12 fps in the mechanical shutter, with minimum rolling electronic shutter distortion. The combination also increases the high sensitivity, light-capturing efficiency of a native ISO range of 100-102400, expandable up to 204,800 for still images. Like the EOS R5 and R6, the camera features the improved Dual Pixel CMOS AF II with 1,053 AF Points and evolved EOS iTR tracking down to EV -7.5 for subjects such as eye, face, head, animals2, and select cars and motorcycles. In addition, the camera features up to 8 stops3 of in-body image stabilized (IBIS) shake correction. 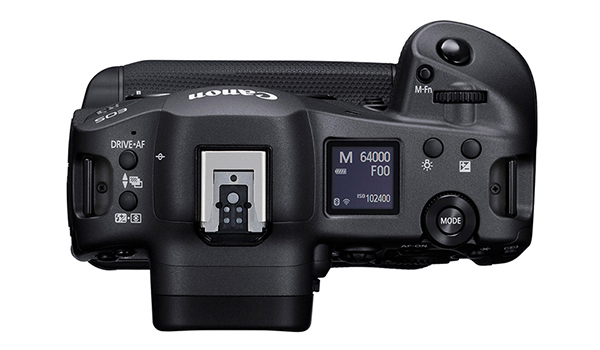 Leveraging technology and performance feedback from the popular EOS R5 and EOS R6 cameras, the EOS R3 uses Deep-Learning technology to further enhance eye and body detection for even better performance during portrait and action-type shooting. Featuring a new 5.76-million-dot and 120fps blackout-free1 Electronic Viewfinder, the EOS R3 camera will provide photographers with the ability to select the initial area for AF tracking by simply looking directly at the viewfinder location where they want to begin AF. With Eye input AF2 and Servo AF activated, the camera will focus on and track moving subjects at that location in the frame. When Face Detect + Tracking is active, the camera will continue to follow moving subjects around the entire active AF area. 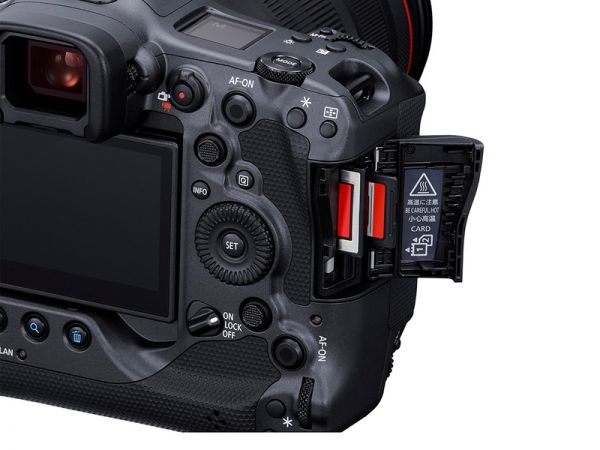 Additional features of the EOS R3 Full-Frame Mirrorless Camera include:

The Canon EOS R3 Full-Frame Mirrorless Camera is scheduled to be available in November 2021 for a suggested retail price of $5999.99*. For more information, please visit usa.canon.com

† Based on weekly patent counts issued by the United States Patent and Trademark Office.
* Specifications, availability, and price are subject to change without notice. Actual prices are set by individual dealers and may vary.
1 Blackout(s) may occur in some cases; such as when the built-in memory is full or when the flash battery is fully recharged after the battery ran out during continuous shooting.
2 Effectiveness varies depending on the subject. In some cases, dogs, cats or birds may not be detected, while some animals other than dogs, cats or birds may be detected.
3 When combined with certain IS lenses such as the RF24-105mm F4 IS L USM, or when used with certain non-IS lenses as well. See the individual lens product page for more information. 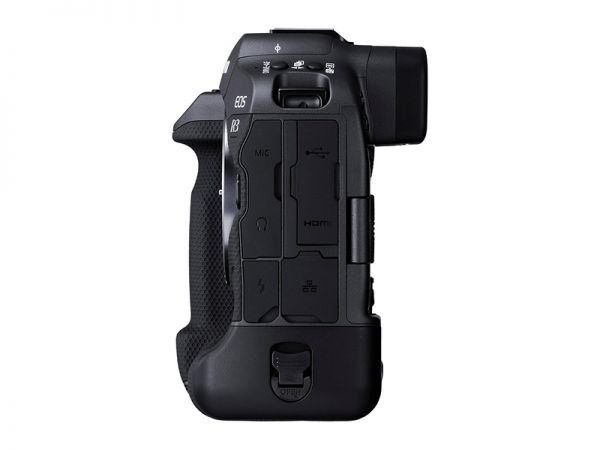