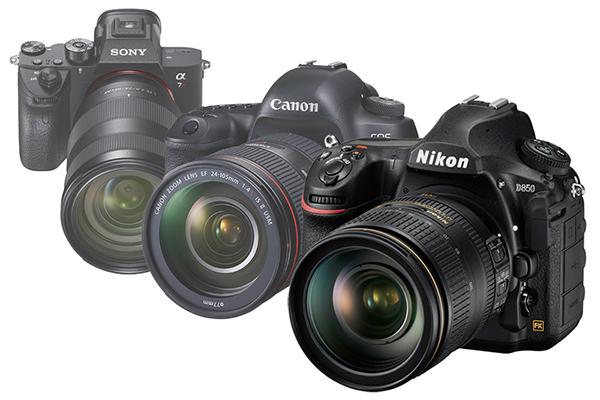 After last year’s DPG/Wetpixel Underwater Competition Series, we did an interesting little exercise to reveal some statistics about the brands, systems, sensor formats, and models used to shoot the winning images. It turned out that Nikon was behind 45% of the winners versus Canon’s 35%. DSLRs were used to shoot well over two-thirds of the winners, and nearly 70% were shot on full-frame cameras, while only 1 in 10 photos was captured with a mirrorless. And the “winningest” camera overall? The Nikon D850.

So, since we had so much fun doing it the first time around, we thought we should see what happened this year. Scrutinizing the 45 winners and honorable mentions from the DPG/Wetpixel Masters Underwater Imaging Competition and the DEEP Indonesia Photo Competition, this is what we discovered:

Nikon once again came out tops with 4 in 10 images being represented by the brand. Canon wasn’t too far behind with a little over a quarter share. Sony, Olympus and Panasonic each gained compared to last year.

Not surprisingly, most of the images—just under two-thirds—were captured with a DSLR. Cameras sans mirror had a better showing this year with 1 in 5 being mirrorless.

As far as sensor size goes, full frame was—not unexpectedly—the clear favorite once again. About a third of the cameras used had smaller sensors.

Which brings us to the camera that shot the most winning images: the Nikon D850 again! But only by the slimmest of margins this time, if we lump all the Canon EOS 5D derivatives together—those cameras were just a percentage point behind. Interestingly, the Sony Alpha 7R series made a much stronger showing this year.

So, what does it all mean? Well, unless you have particular needs (like crazy numbers of pixels so you can heavily crop images of tiny black-water bugs), then it probably doesn’t mean a whole lot. In general, of course, your image-making abilities are what make the difference—not your camera’s brand or sensor size. After all, the “Best of Show” in the DEEP Indonesia contest was shot with a compact…